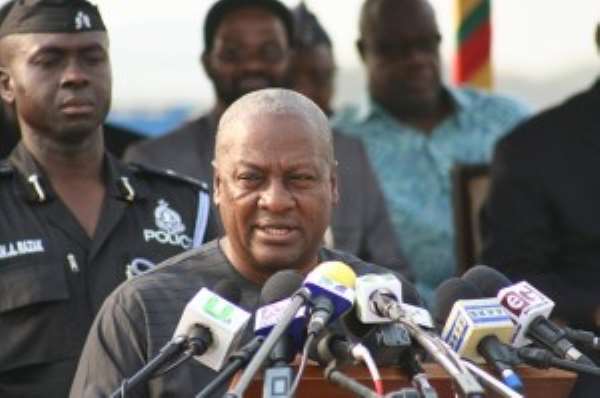 Association of Building and Civil Engineering Contractors of Ghana (ABCECG), a group made up of Ghanaian local contractors, claims failure on the part of the government to pay outstanding debts it owed contractors is the reason for the economic hardship most people in the country have been exposed to.

Substantiating this point, the association stated that the construction industry contributes about 10% to Gross Domestic Product (GDP) and that the failure of government to pay the contractors is affecting the growth of the country immensely.

This assertion came to light at a press briefing in Accra yesterday, when the association issued a two-week ultimatum to government to pay all outstanding arrears due them. The ultimatum, per their calculation, should be due by the end of this month.

For the group, at a meeting convened by the executives of the association last Thursday, during which time they listened to their representatives from all the regions in the country as a way of ascertaining the conditions of contractors, the realization was that most of them had been exposed to unpleasant circumstances which were largely due to delayed payments.

Since their submission of certificates to government for work done, a greater proportion of them have not received any money from government, with some extending over a year.

The president of the association, Mr. Martins Nnuro, claimed government had promised to use the Eurobond to settle all of its debts, including those of local contractors, but had failed to do so though the money had been received.

With this, he has called on government to 'immediately clarify the use of proceeds from the Eurobond facility, which the contractors suspect is being used for the benefit of Chinese and foreign based contractors only.'

The stance of the group at the moment is for government to pay interest on delayed payments due them with reference to the Public Procurement Authority (PPA) standard tender for small works and conditions of contract in Clause 43.1 which states among other things that 'payments shall be adjusted for deductions for advance payments and retention.

The employer shall pay the contractor the amounts certified by the Project Manager within twenty-eight days of the date of each certificate.'

He continued to say that 'If the employer makes a late payment, the contractor shall be paid on the late payment in the next payment.

'Interest shall be calculated from the date of by which the payment should have been made up to the date when the late payment is made at the prevailing rate of interest for commercial borrowing for each of the currencies in which payments are made.'

Counting on the above a good grounds for their claim, the president of the association is confident the government has no excuse to refuse to make payments in respect of the demands they are trying to put up, recounting the contribution the construction sector makes to the country.

For the members, the delay in the payment of contractors had culminated into the suspension of projects due to lack of funds, workers being laid off which caused unemployment and economic hardship and also an increased cost of both contractors and government.

They also maintained that 'Government pays high cost on delayed project as a result of increase in prices in materials over the period e.g Affordable housing projects left unattended to for five years would attract high cost now than its original cost.'

Apart from the fact that the contractors posit they suffer a lot in meeting their financial obligations to banks, families and material creditors, Mr. Nnuro was of the view that going back to work later after payment had been made would mean making a lot of changes and replacements to materials on projects which would have been exposed to all manner of weather conditions which also attracted extra cost.

The association further tasked government to conduct investigations into government contracts being awarded to some contractors especially GetFund, as government had made pronouncements to the effect that it would not award such contracts until all debts were settled.

'A number of school buildings abandoned and scattered all over the country need to be revived and completed. Payment must be made to contractors especially at GetFund to complete uncompleted projects before new contracts are awarded,' Mr. Nnuro added.