Thank you tour is not the way to go - Asamoah Boateng 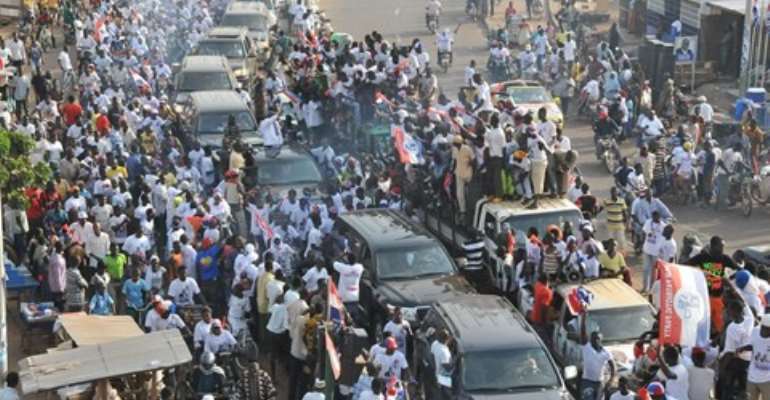 A former Information Minister under the erstwhile Kufuor administration, Stephen Asamoah Boateng is against a Thank-You Tour organised by the national leadership of the New Patriotic Party to show appreciation for the support it received during the hearing of the 2012 presidential election petition.

He says he can read between the lines enough to know that some party executives are hiding behind the supposed tour to campaign for themselves ahead of a general election of new party executives.

A series of 'Thank You meetings' which has been put together by the party to thank its core supporters in all ten regions of the country for their various roles during the 2012 electioneering campaign, and an ensuing legal challenge to overturn the announcement by the Electoral Commission that the party lost the 2012 December polls. The challenge at the Supreme Court was known as the Presidential Election Petition.

Asamoah Boateng, speaking to Joy News, said the party's ultimate objective is to win election and therefore needs to focus attention on contributing to electoral reforms to ensure that the system is more credible. He said the party also needs to engage smaller parties such as the Convention Peoples Party (CPP), Great Consolidated Peoples Party (GCPP) and Peoples National Convention (PNC).

He noted that there has been excessive politicking in the country since the 2012 December polls and that it is important for the opposition to give government some space to conduct the business of the country.

In reaction, National Chairman of the party Jake Obetsebi Lamptey said he was "staggered" by the view held by the defeated NPP MP for Mfanstiman West Constituency.

He said the party was "fully engaged" in making proposals for reforms and that there are committees looking into these matters.

Nonetheless, it was his duty as a national chairman to make sure that "lots of things happen within the NPP and part of that is to go out there and stir them [party supporters] up to know the battle has not ended".