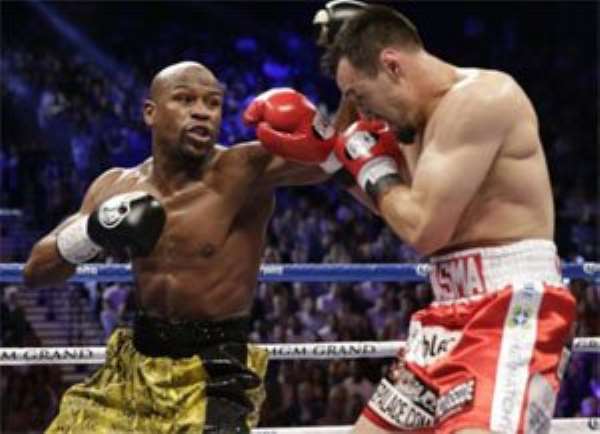 For the night's work, Mayweather collected a guaranteed $41.5 million. 'It's all about skills,' Mayweather said. 'I came out tonight and showed my skills. But a true champion like Canelo can take a loss and bounce back. My dad (his trainer) had a brilliant game plan. I executed that game plan. I could have pressed it and got the late stoppage, but tonight experience played a major key. Tonight was just my night.'

Canelo admitted that Mayweather's skills and style of fighting were too much to overcome. 'He's very elusive, he's a great fighter and that's why I couldn't catch him,' Canelo said.