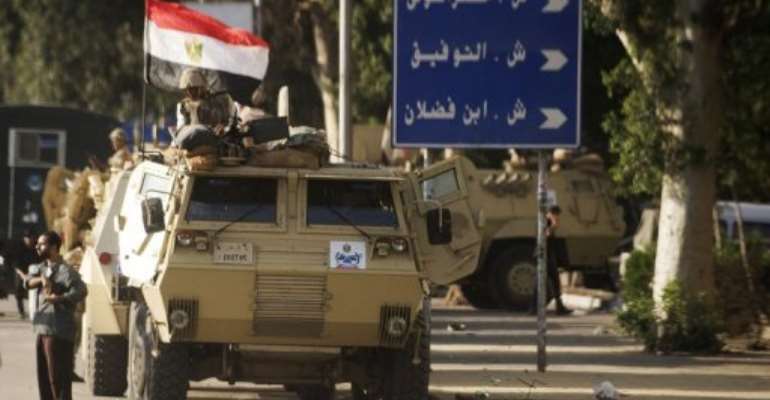 CAIRO (AFP) - Egyptian troops and police stormed the village of Kerdassah near Cairo Thursday to clear it of "terrorist elements", a security official told AFP, an operation seen as a crackdown on militants.

The official said vehicles carrying armed personnel were sent into the village while army helicopters hovered above.

"The operation is to clear the village of terrorist elements," the official said, adding that one soldier had been wounded.

A military source confirmed the operation in Kerdassah.