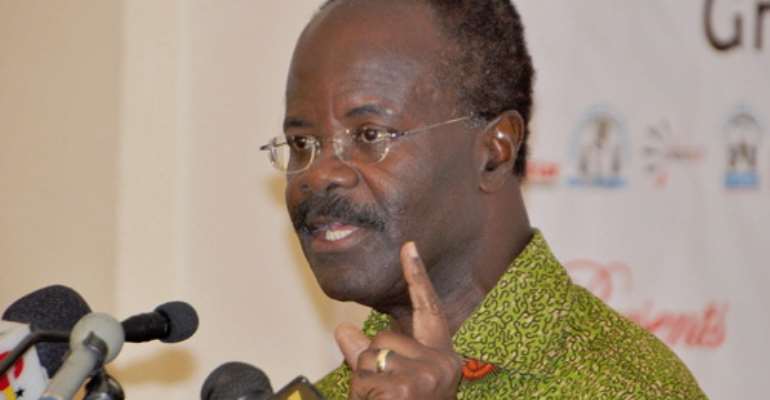 Dr Papa Kwesi Nduom, the 2012 flag bearer of the Progressive People's Party, has called for a peaceful resolution of the siting of a fishing harbour at Elimina.

He said a mutual agreement between the government of President John Dramani Mahama and the chiefs of Elmina would help bring an end to the current mistrust.

It will be recalled that President John Dramani Mahama recently cut a sod for the commencement of a fishing harbour project at Elmina in the Komenda-Edina- Eguafo-Abirem (KEEA) Constituency.

The madia reported that the ceremony,  was not attended by the chiefs of Elmina, because they said they had outstanding issues with the KEEA.

According to news reports, some of the chiefs claimed they were not consultd and therefore advised against undertaking the project in the area.

But Dr Nduom told the Daily Graphic in a telephone interview yesterday that he was prepared to help resolve the matter amicably for the benefit of every stakeholder.

Dr Nduom, who said he had visited the project site on a fact-finding mission, stressed, ' I am prepared to talk to the chiefs and the government to reach a compromise on the siting of the project which he described as a laudable project because it would bring benefits to the constituency.

'In my view, both sides — the government and chiefs — have a valid point; that is why I have been on the ground to establish the way forward, Dr Nduom stated.

I am appealing to the local authorities - regional minister and the DCEs -  to take time to explain things to President Mahama to understand the complexities of the local situation.

'President Mahama is being drawn into a local programme without anybody telling him the full scope of issues,' he stated.

According to Dr Nduom, the issue is not that the Elmina people did not want the project but the location was what was the problem.

Originally, Dr Nduom explained,  the location was a sea defence project area called Marine Park because those who worked on the project were the Marine Company.

He said currently, erosion in the area was fast  threatening buildings located at the beach area.

''There is a serious problem of erosion and it does not seem to be right to establish a fish processing plant. I really want to help resolve the problem for the benefit of all,'' he stated.

He said on completion, the project would bring a lot of benefits to the people of Elmina.

Dr Nduom said  the people of Elimina were faced with numerous challenges, including sanitation, jobs and peace for development.

He said since Nkrumah's time, government after government had promised the people of Elmina a fishing harbour and the promise had not been fulfilled.

Additionally, Dr Nduom also said that the metal bridge on the Benya Lagoon needed to be replaced.

'With all of these problems, if you do not seek consensus from the people and you take the only available land for the project, it will be deemed wrong.

'Honestly, I realise there is an issue but I want the problem resolved amicably,'  he stated.