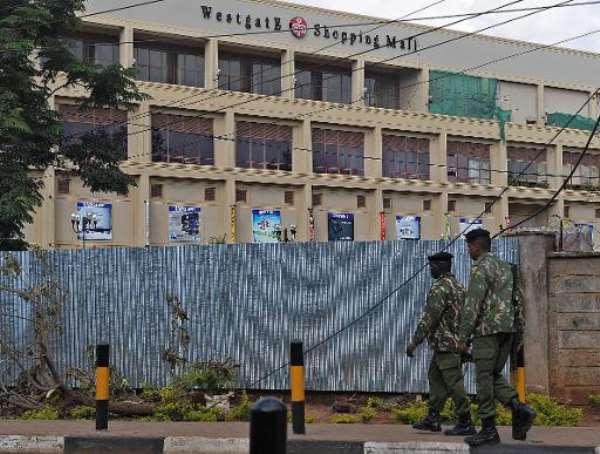 Nairobi (AFP) - Kenyan lawmakers investigating alleged security failings during the deadly assault on Nairobi's Westgate mall by Islamist gunmen were due to meet Tuesday, as leaders gathered to commemorate the 67 killed.

Politicians from both parliament's national security and defence and foreign relations committees visited the mall on Monday afternoon, picking their way through shattered glass and pools of congealed blood in the main hall.

The four-day bloodbath at the upmarket shopping mall was brought to an end by Kenyan forces on Tuesday.

Dalmas Otieno, a member of the national security committee, said lawmakers would meet Tuesday to "set up a programme" for the investigations, which are expected to last for at least several weeks.

It is expected they would meet after inter-faith prayers attended by President Uhuru Kenyatta and led by leaders from the Muslim, Christian and Hindu communities.

The Red Cross on Monday said the number of people still unaccounted for stood at 39, down from the previous figure of 61, after bodies were either identified, or those believed to have been missing were found to have not been at the mall.

Kenyan and foreign investigators continued to comb the carcass of the Westgate mall for clues on the perpetrators of the raid and ensuing siege.

Part of the rooftop parking of the mall collapsed after heavy explosions and a fierce fire, leaving the key area where the insurgents are understood to have made their final stand -- along with possible hostages -- buried under tonnes of concrete slabs and rubble.

Meanwhile rights groups condemned comments by the lawmakers that they would also "rethink" Kenya's hosting of some half a million Somali refugees, accusing the camps -- notably the word's biggest such site, Dadaab -- of being a "training ground" for Somali extremists.

Somali refugees in Kenya, many of whom themselves fled the Shebab, have expressed fears they will be targeted in reprisal raids.

"While protecting Kenyans from security threats is an urgent priority, Human Rights Watch is concerned about reports that some members of parliament have called for the closure of the Somali refugee camps in Kenya," said HRW's Gerry Simpson.

"These camps are currently home to over 400,000 refugees, including many forced to flee to Kenya because of Al-Shebab abuses. Forcing them back to a country still wracked by widespread violence and insecurity would not only breach Kenya's obligations under international law, but could inflame further instability in Somalia."