Errant lawyers to be referred to the General Legal Council - GBA 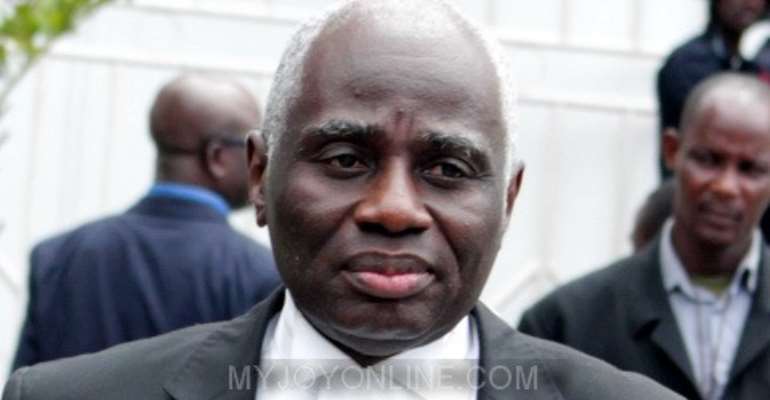 The Ghana Bar Association (GBA) says it will not hesitate to refer lawyers who misconduct themselves to General Legal Council for disciplinary action to be taken against them.

The Association issued the warning, Monday after two lawyers- Tsatsu Tsikata and Gabby Asare Otchere Darko were deemed to have made contemptuous comments against the judges who presided over the landmark presidential election petition.

The Supreme Court last Thursday ruled to re-affirm John Mahama as President. The ruling threw out a challenge launched by three stalwarts from the opposition NPP to use the courts to unseat Mahama, the winner of the 2012 presidential elections as declared by the Electoral Commission.

A renowned lawyer Tsatsu Tsikata who also represented the governing National Democratic Congress (NDC) during the hearing, accused one of the judges, Justice Annin-Yeboah of allowing political affiliations to cloud his judgement. Gabby of the opposition New Patriotic Party (NPP) on the other hand, said the decision of the judges was corrupt and farcical.

The two have come under condemnation from their colleague lawyers, political opponents and leading personalities such as former president John Kufour, a former President of the Ghana Bar Association, Sam Okudzeto and Rev. Emmanuel Asante, chairman of the National Peace Council.

Social media has been buzzing with condemnation of the two lawyers and calls have been made on the Ghana Bar Association to reprimand these two lawyers.

In a press statement issued Monday, the GBA said the Association was unhappy about the conduct of the lawyers. The statement said GBA would “not hesitate to refer any conduct of a lawyer to the Ghana Legal Council” a body responsible for meting out disciplinary action against erring lawyers.

Speaking on Joy News, Tony Forson spokesperson of GBA said the Association would not want to be drawn to comment directly on the remarks by Tsikata and Gabby but would want to state a clear principle that if anybody brings the authority of the court into disrepute, that person ought to be dealt with by the GLC. This could be the president or man in the street, he insisted.

Forson said “I don't want to deal with individuals, so please spare me that ordeal…forget about names and talk of the principle”. He maintained there is a law to deal with instances of contempt.

“we are thinking of being partners with the government to help with unemployment and governance. There are major problems facing the country”, Forson said.

He called on lawyers to wait to get a copy of the judgement to make informed analysis. In the meantime, lawyers are to restrain themselves and be measured in their commentary, he said.

The Bar has been vocal in asking the Supreme Court judges to crack the whip on anybody who makes contemptuous remarks during the course of the court hearing.