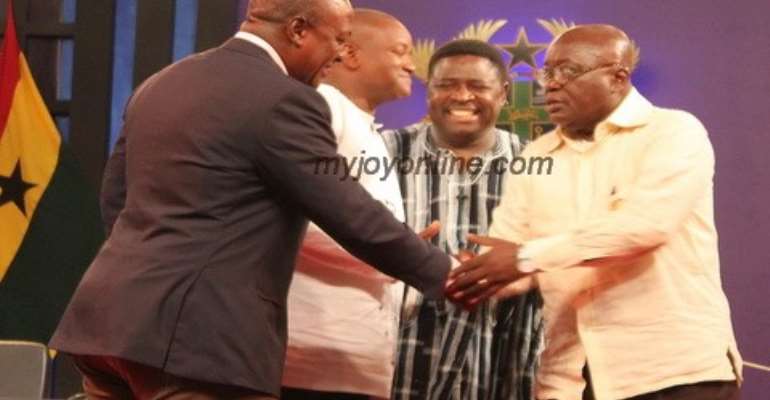 The much touted peace talks between President John Mahama and the flagbearer of the New Patriotic Party in the 2012 elections Nana Akufo-Addo to douse the political tension ahead of the historic verdict on the Presidential Election Petition may just be a mirage.

The busy schedules of the two leading contenders in a long drawn out presidential election petition may not allow the much anticipated meeting to take place, Dr Abu Sakara, flagbearer of the Convention People's Party has said.

Sakara was one of five flagbearers who paid courtesy calls on the two contenders last week during which the two committed to accepting the verdict of the petition set to delivered on Thursday, August 29.

The two also expressed their willingness and readiness to meet each as part of efforts to drum home the need for peace after the verdict is given on Thursday.

But if the response of Dr Sakara, one of the five 'mediators' is anything to go by, the planned meeting may just not happen.

The CPP flagbearer told Joy News' Evans Mensah it is now left to the two - President John Mahama and Nana Akufo-Addo to decide when it is convenient for them to meet.

He said their major task was to get the two leaders to commit to peace after judgement day and they have achieved that.

He said it is now up to the two leaders to agree on when they want to meet, if their time schedules will allow.

It is not clear if the two leaders will also meet at the Accra Sports Stadium, venue for a peace match on Tuesday