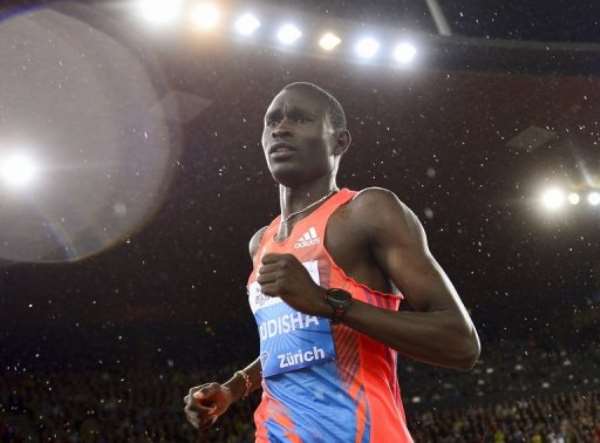 EUGENE, Oregon (AFP) - Olympic 800m champion and world record-holder David Rudisha has pulled out of this weekend's Prefontaine Classic Diamond League athletics meeting with a knee injury, according to organizers.

An MRI scan performed on Wednesday in Eugene, Oregon revealed the injury, which Rudisha's manager James Templeton told organizers was to the Kenyan athlete's right knee.

"The scan showed bruising of the bone and underlying ligaments," meet organizers said in a statement. "Efforts today to test out the knee during a light workout did not go well, and Rudisha has had to withdraw from the Prefontaine Classic 800m."

He put the unspectacular time down to the rainy weather, and said he was less concerned this season with chasing his world record of 1:40.91 than with defending his world title when Moscow hosts the World Championships on August 10-18.