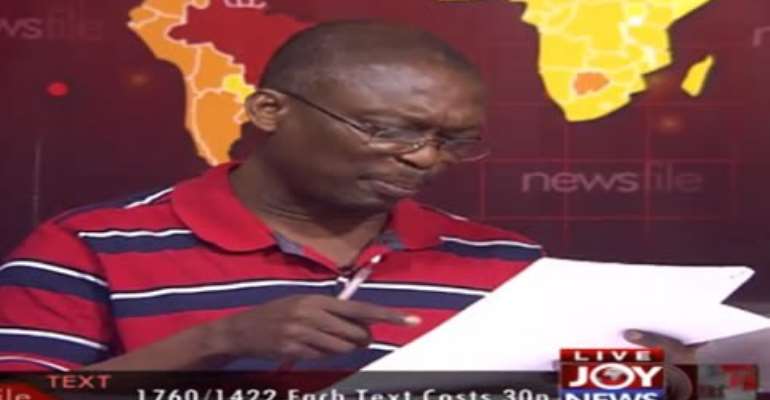 Managing Editor for the New Crusading Guide newspaper, Abdul Malik Kweku Baako has called for the establishment of an “independent committee,” to probe the Ghana Water Company Limited.

The immediate past Minister for that sector, Enoch Teye Mensah in June last year, composed a committee to look into activities of the acting Managing Director, Kweku Botwe.

The committee was mandated "to investigate the causes and of the ineffectiveness in the operations of the Urban Water sub-sector, the Amasaman Water supply project and the alleged unprofessional conduct of Acting Managing Director and Head of Projects at GWCL".

The committee in its report accused the MD for misconduct, failing to provide adequate information to the Minister about a loan facility which the Minister was supposed to present to Parliament, amongst others.

The report also cited Mr. Botwe for illegally entering into an agreement with K.Adu Constructions Limited, and awarded the company a contract to distribute potable water to about a thousand households in Amasaman, in the Ga West Municipality of Accra.

Mr. Botwe has however accused the committee of ignoring its terms of reference and engaged in a witch-hunt against him.

A former Deputy Minister, Dr. Hanna Bisiw has also reportedly expressed surprise at the existence of a committee with such a mandate, despite the fact that some decisions she took while serving in that capacity, were also investigated by the committee.

But speaking Saturday on Joy News TV's weekly analysis programme, Newsfile which was also on Joy FM, Mr. Malik Kweku Baako suggested that “a brand new independent body to conduct fresh investigations into activities at GWCL is needed,” in order to bring closure to the controversies generated by the current report.

This according to Mr. Baako, will create transparency and accountability as well as promote good governance.

He however urged other individuals to take up the initiative to officially write to the Commission on Human Rights and Administrative Justice (CHRAJ), to charge it investigate the company.