Julius Debrah, 2 Others Get Parliamentary Approval 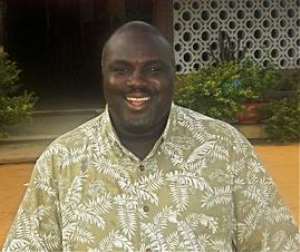 The seventh batch of the President's ministerial nominees has received Parliamentary approval, after thirty minutes deliberations on the report of the Appointments Committee submitted to the House.

The Minority New Patriotic Party (NPP) refrained from the deliberations and approval process, leaving their colleagues on the Majority side of the House to do justice to the report of the

Appointments Committee.
They had earlier on made their decision known to the public to boycott all activities related to President Mahama until the legal dispute challenging the verdict of the December 7 presidential poll is resolved by the Supreme Court.

The approval of the nominees came following their public engagement with the Appointments Committee, chaired by the First Deputy Speaker of Parliament, Ebo Barton-Odro, at the instance of the Speaker, Edward Doe Adjaho, in accordance with Order 172 (3) of the Standing Orders of the House.

During the public vetting, the nominees answered questions relating to their Curriculum Vitae (CV), issues relating to their respective regions and the offices to which they were nominated to head as well as issues of national concern.

On appearance before the committee, the nominees answered questions relating to their records of office, the positions to which they had been nominated, as well as issues of general national concern.

Mr. Barton-Odro, in moving the motion for adoption of the committee's report by the House yesterday, urged the members to unanimously approve the nominees, since they performed creditably at the public vetting.

The motion was seconded by the Deputy Majority Leader, Alfred Agbesi.

The MP for Krachi Nchumuru, John Majisi, in contributing to the motion, was full of praise for Madam Adjoa Ntoso's appointment as minister for the Volta Region. To him, Madam Ntoso was highly qualified to manage the region as Regional Minister, but urged her to take note of the

three geo-political groupings in the North, Central and Southern parts of the region.

Those groups, he noted, had lived in peace and harmony in the region for so many years, and therefore, admonished the minister-designate to maintain such during her rein in office.

Also on the contribution ladder was the MP for Bongo, Albert Abongo. He commended the Appointments Committee for doing a great job in scrutinising the President's nominees, and also preparing their report on time for consideration by the House.

He was particular about the comments made by Mr. Julius Debrah to flush out illegal miners in the Eastern Region, arguing that 'it will be difficult getting these galamsayers out of job, since their activities have become their source of livelihood.'

He, therefore, suggested to the Minister to sit down with those engaged in illegal mining and strategise the way forward, so that their activities do not cause havoc to the environment.

The Majority Leader, Dr. Benjamin Kunbuor, on his part, urged the minister-designates to ensure that the state was connected to their various communities in the distribution of the national cake.