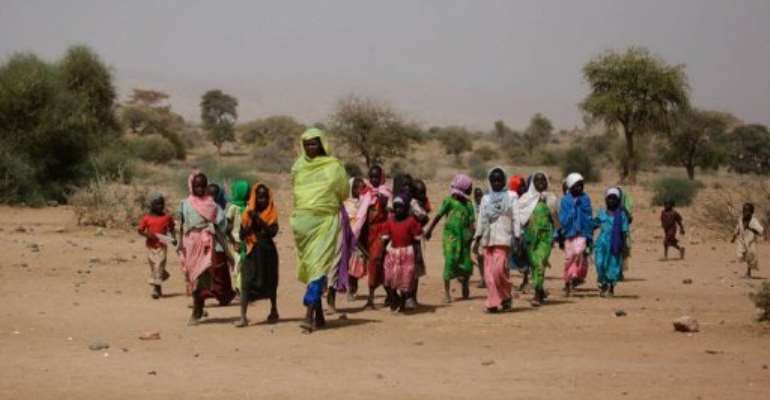 UNITED NATIONS (AFP) - Sudan breached UN sanctions by using warplanes and rockets bought from Belarus and Russia in the Darfur conflict, according to UN experts who have called for a tightened embargo.

The panel said it had "observed the use by the Sudanese air force of a new weapons system, S-8 air-to-ground rockets" bought from Belarus.

It had also seen Su-25 fighter jets bought from Belarus in 2008 and Mi-24 attack helicopters purchased from Russia after the 2005 sanctions were imposed at Darfur airports. The panel said it was investigating the possible use of an Iranian armoured personnel carrier.

Sudan faces a barrage of international sanctions over its military campaign in the western region which erupted in 2003 when indigenous tribes launched an uprising against the Arab-dominated Khartoum government.

President Omar al-Bashir has been charged with genocide and war crimes by the International Criminal Court. The UN Security Council first imposed an arms embargo against Darfur, but not the rest of Sudan in 2004. This was tightened in 2005.

The sanctions panel said Sudan has violated Security Council resolution 1591 and breached sales accords by using arms purchased since 2005 and "by aerial bombardments and intimidating flights inside Darfur."

The government said the aircraft were to guard troop convoys and called the allegations of air strikes on civilians "simply propaganda by opposition groups and their supporters."

The panel said there were "numerous sites of both verified and unverified aerial bombardments" in the Jebel Marra region of north Darfur.

"These strikes last a few hours, but continue for between one and three days, and are later followed by troops of men in khaki uniforms in trucks and on horses or camels, who enter villages and commit violations of international humanitarian law," said the report.

UN experts said the Security Council should force countries which sell arms to Khartoum to install an "electronic tracking system" to make sure they are not used in Darfur. The exporters should be required to carry out a "physical verification" of the use of the warplanes and weapons.

The panel complained that its experts had been the target of three "regrettable incidents" last year.

Four experts were detained by Sudan's National Intelligence and Security Service (NISS) at Nyala in south Darfur in August and questioned about their mission.

In September, a sanctions arms expert was with a UN peacekeeping patrol which was "the target of multiple low-level passes carried out by two attack helicopters" in north Darfur. The government said it was unaware of the expert's presence in the patrol.

Sudan barred and deported a UN sanctions finance expert in December even though he had a visa.

Nine UN peacekeepers were killed in ambushes last year and no arrests have been made.

The panel highlighted cases of "torture" and "ill treatment" by the NISS and said the feared body "continued to operate with impunity in Darfur."

The experts said they had documented 15 cases of NISS torture of detainees between September and December.

"Practices such as stripping detainees, dipping them in sewage and whipping them were described to the panel," said the report. Other detainees had "their hands bound and were hung from windows for three to five hours."

In Nyala, two detainees "were badly whipped and had battery acid thrown on their arms," according to the document.