Ken Agyapong is a rabble-rouser; he should be ignored - Appiah Ofori 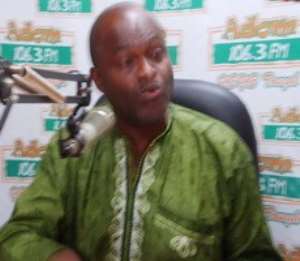 Kennedy Agyapong claimed that the National Executive Committee of the NPP imposed the decision to boycott vetting of President John Mahama's appointees on the minority.

The Assin Central MP in an interview with Kumasi-based Nhyira FM over the weekend condemned the boycott and blamed his colleagues for allowing party leadership to dictate to them on the matter.

But on Asempa FM's Ekosii Sen programme Monday, PC Appiah Ofori minced no words describing the Assin Central MP as a rabble-rouser who should not be taken serious.

According to him, Ken Agyapong is gaining notoriety for making spurious allegations when he disagrees with the party's position.

The NPP stalwart explained that the decision to boycott Parliament Appointment Committee was taken in consultation with the minority MP's therefore “the conduct of Ken Agyapong is very disappointing”.

He wondered why the Assin Central MP refused to attend the swearing-in ceremony of President John Mahama on January 7 and yet is angry over the minority's non-appearance at the vetting committee.

PC Appiah Ofori said if Ken Agyapong believes the NPP has no case challenging the 2012 election results in court, “he [Ken] should apologize to President Mahama and Ghanaians for not attending the swearing-in”.

He called on the rank and file of the party to ignore the 'recalcitrant' Assin Central MP and focus on mapping up strategies to win the court case.

Appiah Ofori also advised Ken Agyapong to use the right channels in getting his concerns addressed rather than going public.