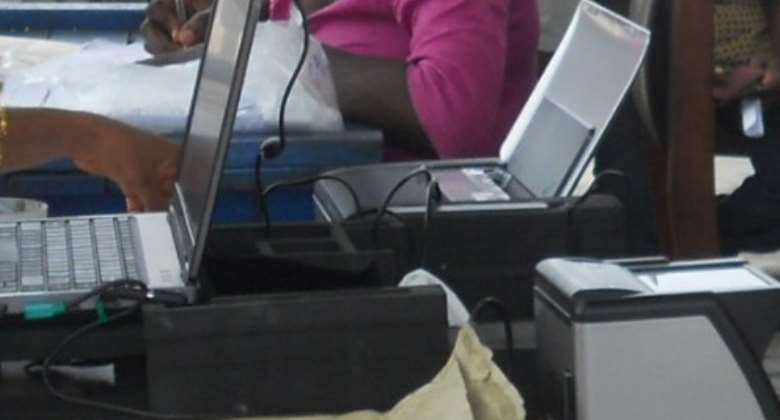 Sekondi (W/R), Feb. 2, GNA - Four biometric verification machines that were used for the 2012 general elections have disappeared from the Amenfi East Constituency of the Western Region.

He said the shortfall was detected when the EC headquarters in Accra directed that all verification machines in the various districts should be submitted to the regional EC offices for safe keeping.

Mr Opoku-Mensah said the District Electoral Officer, Madam Juliana Asante, was asked to track the machines to their destinations but reported to the Regional EC Director on January 29, last month that she could not find them.

He said the theft had been reported to the Akropong Police for investigations and expressed the hope that the police would assist in tracing them.

Mr Opoku-Mensah assured the public that the loss of the machines would not in any way affect the dispute of the elections at the Supreme Court.

The Amenfi East Parliamentary Elections was won by the National Democratic Congress (NDC) candidate, Mr Akwasi Oppong-Fosu, who had been approved by the Parliamentary Vetting and Appointment Committee as the Minister for Local Government and Rural Development.

However, the then incumbent Member of Parliament (MP), Mr Joseph Boahen Aidoo, who was a former Western Regional Minister in the Kuffuor regime, has refused defeat complaining of election irregularities and has petition the local court.