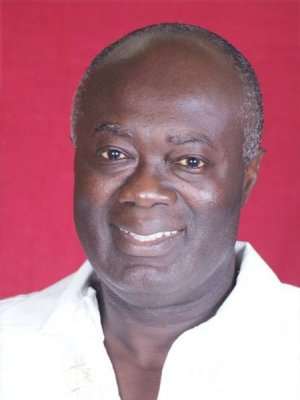 There are so many so-called politicians parading the streets of Ghana who do not bring any credible thing to the table except to dabble in loose talk.

This has become the order of the day; therefore, people mount political platforms and load on others without having any facts to back those comments. Kennedy Agyapong, NPP MP for Assin North easily comes to mind but I will talk about another so-called politician who has made political loose talk his trademark.

Maxwell Kofi Jumah, a former NPP MP for Asokwa, is one person who is known for talking loose or making wild but unsubstantiated allegations anytime he speaks through the microphone. Kofi Jumah, for reasons best known to him, just says anything to cover the airtime he is allotted on Radio and Television whether it makes sense or not.

Otherwise, can you imagine Kofi Jumah who was plucked from the United States by ex-President Kufuor and given a juicy appointment as the Chief Executive Officer of the Kumasi Metropolitan Authority in 2001, later turning around to accuse Kufuor of sleeping with somebody's wife in order to help her in the Asokwa primary? Kofi Jumah who was struggling to make ends meet in the United States was saved by the bell by Kufuor yet he threw every caution to the wind and accused Kufuor of infidelity.

It was when Jumah realized his folly that he went begging Kufuor for forgiveness. But this man seems not to have learnt his lesson as loose talking seems to have become his chewing stick. Ever since the results of the 2012 elections were announced, Kofi Jumah has been talking about everything but nothing.

At a gathering organized by the NPP over the weekend to launch the so-called, “Let my vote count alliance”, Kofi Jumah who was given the platform had nothing else to say except to load new accusations against NDC Parliamentary Candidate for Ablekuma North, Ras Mubarak of conniving with the Chairman of the Electoral Commission, Dr. Kwadwo Afari Gyan to print new pink sheets with the aim of presenting it as evidence at the Supreme Court to defend President John Mahama.

Kofi Jumah went on to accuse Dr. Afari Gyan of hiring people to append their signatures to some election results which the NPP is challenging in court and promised that he will expose them in due course.

This is how Kofi Jumah put it, ““Last week Sunday, I had information that Ras Mubarak was at West Legon, printing some pink sheets which they will use as evidence in the Supreme Court. I also had information that Dr. Afari Gyan has hired some people to also append signatures to some sheets that have no signatures. I want them to know that at the Supreme Court, they will be under oath so if they lie, I will expose them.”

These are serious criminal allegations which the BNI and the CID must investigate without delay. As a matter of fact, Kofi Jumah should be invited immediately to provide the so-called evidence to assist in the investigations.

Kofi Jumah must not be allowed to criminalize some people and just get away with it. These NPP hirelings have been having a field day anytime they get access to the microphone. They are prone to saying many terrible things without proof. I am hoping the security agencies will stop this nonsense by hauling Kofi Jumah to provide the evidence which he claims he had.

If indeed Ras Mubarak is printing some pink sheets and Afari Gyan had also hired some people to append their signatures to the pink sheets these are serious criminal offences. Therefore, Kofi Jumah who is privy to these criminal offenses should be invited by the security agencies to provide proof so that if indeed these criminal offences are being committed or have been committed the culprits would be brought to book. But if on the other hand, it is Kofi Jumah who is playing politics by just smearing people with dirt he should be processed for court for him to be sanctioned.