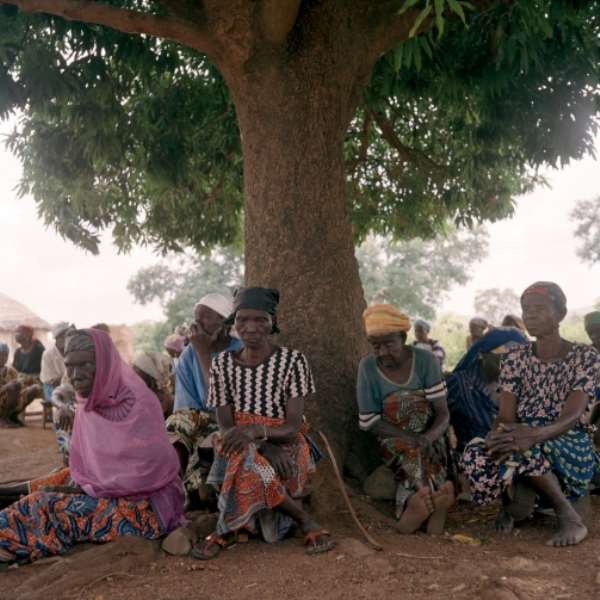 A 48 year old woman, Fusa, is currently languishing in a 'witch camp' in Kukuo in Northern Ghana. If she is not relocated and rehabilitated soon, Fusa, like other many victims of witchcraft accusation will spend the rest of her life in this remote village.

She is the newest 'alleged witch' to arrive this community which is one of the few places in Ghana that provides safe spaces to witchcraft victims.

Fusa was accused of bewitching a girl and she had to flee the community to escape being lynched by a local mob. Fusa's husband died some years ago. And she relocated to live with her mother and to take care of her.

But there she fell out with the family head, Gusi. Like most women in rural communities, Fusa was a farmer. Four years ago she lent some bags of groundnuts to Gusi who promised to pay back but he defaulted. A local chieftaincy dispute pitched her and the son against Gusi and the village chief. In November, Gusi accused her of betwitching a child.

The child was sick and claimed she saw Fusa in her dreams. This claim is locally associated with witchcraft. In otherwords, the person seen in a dream is believed to be a witch and the cause of the illness. Fusa denied the allegation.

She was taken to the chief's palace where efforts were made to get her to accept the allegation without success. Instead she accepted to go to a shrine for a witch testing to prove her innocence.

But a local mob was threatening to kill her if she did not 'release'-heal-the child.

A family member of Fusa living in a neighbouring town sent a police team that rescued her and took her to another village. The 'bewitched girl' was taken to a nearby hospital where she received some medical treatment.

Fusa was taken to a nearby town for a few days before she was sent to Kukuo where she is currently staying. The police station that sent a team to rescue her has no record of the incident.

At the station, police officers said that they were only interested in rescuing and conveying her to a safe location and not in bringing criminal charges against her accusers this is apparently the attitude of the police throughout the Northern Region.

There is lack of political will to tackle the problem head on. Hence the scourge of witch hunting continues to ravage many communities and witch camps continue to proliferate in the region. Most cases of witchcraft accusation take place in remote villages where local chiefs and elders, chief priests and soothsayers wield a lot of influence.

There is palpable poverty and acute lack of infrastructure. Witchcraft accusation is often a cover for many social problems like ignorance, envy, jealousy, struggle for scarce resources, frustration, desperation and greed, sickness and diseases, family disputes, rivalry, hatred and gender injustice. Alleged witches are often made scapegoats particularly in communities where any instance of evil and misfortune is often believed to be caused by human beings through magical means.