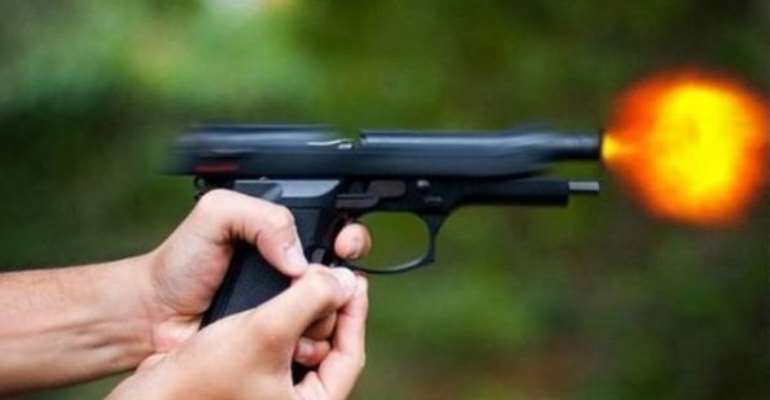 Two Chinese miners were allegedly shot and killed when suspected armed robbers stormed their camp at Nkoranza, near Subin in the Upper Denkyira West District of the Central Region on Monday- New Year's eve.

Li Jian Sheng, believed to be in his late 40s, and Li Chao Hua, 35, worked with Hansol Small Scale Mining Company as senior consultants and according to sources, they were through with their work and getting ready to leave the shores of the country for their native China when they met their untimely deaths.

Another Chinese national, who was also shot, is receiving treatment, while the bodies of the two have been deposited at the Upper Denkyira Municipal Hospital in Dunkwa on Offin.

The incident happened on 31st December 2012, just a month after they were robbed at gunpoint at the same site.

Even before the police could conclude investigations into the first robbery incident, the robbers it allegedly struck again. Sources said the guns the alleged robbers used to kill the Chinese were snatched from the miners.

According to the driver of the deceased, the robbers, numbering about six, came around 2am and asked him to give them the key to the Toyota Tundra Pick up he was driving; but he told them that he had given the keys to his bosses and so they left for the site where the Chinese were lodging and undertook the operation.

The Upper Denkyira Municipal Police Command said no arrest had been made but the police had launched full scale investigations into the case with the driver assisting them.

Cases of alleged killing of Chinese illegal miners have been on the rise in recent times. The Chinese government in Beijing recently called for a probe into the death of a 16-year-old Chinese national who was allegedly killed, while around 100 others were arrested during a police raid on an alleged illegal gold mine.

"I can confirm that a 16-year-old Chinese citizen was killed during a police crackdown at an illegal mining site near Kumasi”, said Yu Jie, the political director at the Chinese Embassy in Ghana.

He said around 100 Chinese nationals were arrested on suspicion of illegal mining activities during the October 11 crackdown and called for an investigation.

"We have asked the Ghanaian government to investigate the issue so that innocent Chinese are not shot dead by the police," he said.

The Ghana-China Friendship Union (GCFU) put the figures of Chinese nationals killed by armed robbers at the mining sites at 87, adding that this justified Chinese mining terms policy to arm their nationals with licensed rifles.

"Last year, the GCFU attended all the business sessions held in China by the GCBCC to promote Chinese business interests in Ghana and advocated for the immediate amelioration of visa and other challenges confronting Ghanaian traders and businessmen to China. Whilst this advocacy is ongoing in the best interest of the Ghanaian businessmen, the reverse is true for Chinese businessmen doing legal transactions in Ghana's mining sector," the statement said.