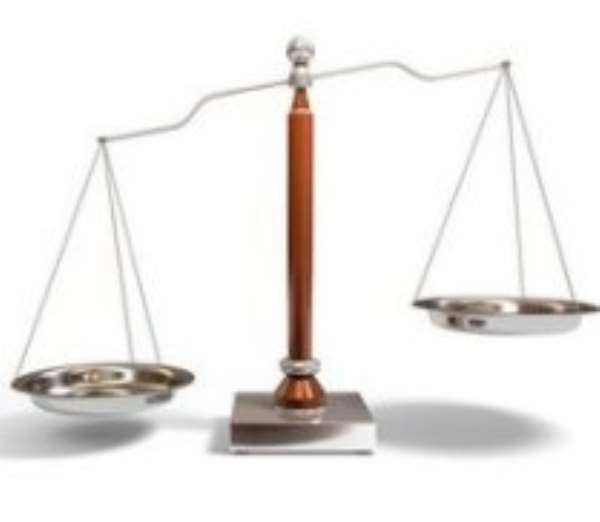 The Supreme Court will on September 12, 2012 hear the motion for interlocutory injunction seeking to restrain Parliament from considering the Constitutional Instrument for the creation of 45 additional constituencies.

Mr Godfred Yeboah Dame, counsel for Mr Ransford France, one of the applicants challenging the creation of the new constituencies, is expected to move the motion at the Supreme Court that day.

Mr Dame told the Daily Graphic that he had received a hearing notice to that effect, dated September 3, 2012 and signed by the Registrar of the Supreme Court.

The move by the Electoral Commission (EC) to create the 45 new constituencies has received stiff opposition from some Ghanaians including Mr Ransford France, who is currently praying the Supreme Court to restrain Parliament from considering the Representation of the People (Parliamentary Constituencies Instrument), 2012 CI 73 until the final determination of a suit he had filed against the creation of the new constituencies.

In an affidavit in support of the motion for interlocutory injunction, Mr France said if the merits of his legal action challenging the creation of the new constituencies were upheld by the Supreme Court and “by that time, the EC has already advanced in its preparations for the conduct of the 2012 General Election taking into account the impugned CI 73, the electoral process could be thrown into chaos”.

“I am solely motivated by the duty imposed on all Ghanaians in Article 2 (1) to defend the Constitution, 1992 and not any parochial personal interest,” the affidavit said, adding that “irreparable damage and grave injury would be caused to the people of Ghana if Parliament proceeded to consider the constitutional instrument laid before it and the act of the EC was eventually declared unconstitutional by the Supreme Court.”

The applicant was concerned about the fact that notwithstanding the institution of the instant action, the EC in blatant violation of well-established principles of and in utter disregard for the authority of the court laid CI 73 before Parliament.

It said the Parliament of Ghana was feverishly making arrangements to ensure that the “impugned act of the EC i.e. the creation of new constituencies without a compliance of mandatory provisions of the Constitution, becomes law”.

“In a remarkable haste to ensure that the challenged acts of the EC receives the force of law notwithstanding the pendency of the instant action, the Speaker of Parliament has recalled Parliament from recess to satisfy the constitutional requirement of twenty-one parliamentary sitting days by the last week of September, 2012 for the Representation of the People (Parliamentary Constituencies Instrument), 2012 CI 73 to enter into force,” the affidavit in support pointed out.

According to the applicant, should the impugned constitutional instrument enter into force before the instant action was heard, that act would undermine the rule of law, the 1992 Constitution and the power of the Judiciary in discharging its constitutional duty of determining disputes between all persons in Ghana once its jurisdiction was properly invoked.

It said although the EC and Parliament were independent, they were not above the law but subject to the Constitution.

It maintained that the heavy responsibility entrusted the EC under article 45 of the 1992 Constitution to ensure the exercise of the right to vote on the part of all citizens who have attained 18 years, imposed an even heavier obligation on it to ensure that it adhered strictly to the letter and spirit of the 1992 Constitution in the exercise of any discretionary power, especially involving the creation of new constituencies.

Under the current circumstances, the applicant is entreating the Supreme Court to restrain the EC from engaging in the disputed act until the merits of the action have been determined.

The EC has come under attack from the Minority in Parliament and other members of the public, some of whom have filed similar suits challenging the legality of the creation of new constituencies.