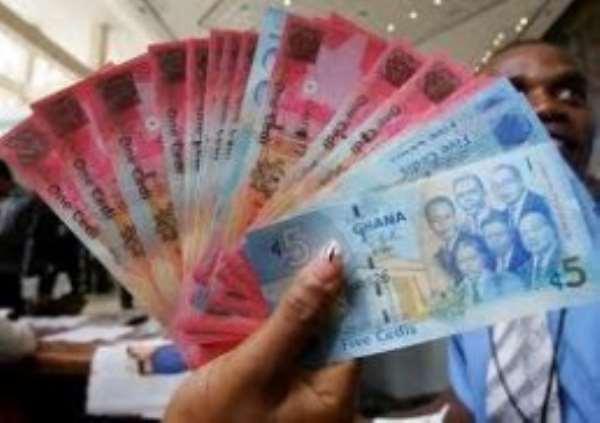 The government has lost millions of cedis as a result of multiple payments to 1,800 active employees and pensioners in unearned monthly salaries and pensions from the Controller and Accountant General’s Department (CAGD) in 2011.

According to the 2011 Auditor-General’s Report, those multiple payments were effected to the beneficiaries through the same bank account.

For instance, the CAGD paid GH¢292.68 twice into the same bank account of the Axim Agency of the Ahantaman Rural Bank in respect of two individuals, both bearing the same surname.

In its response to the issue raised by the Auditor-General, the management of the CAGD said “the observation is noted and CAGD will investigate and take necessary action. In general, the ongoing biometric registration of active employees and pensioners will help address some of the payroll issues”.

However, the Auditor General’s Department insists that weak input controls, as well as the absence of validation checks on salary vouchers by heads of MDAs, in its view, largely accounted for the anomalies.

“Considering the significance of the wage bill, it requires robust control systems to prevent the occurrence of fraud and error arising from unearned payments,” the Auditor-General said.

The Auditor General’s Department has called on the Ministry of Finance and Economic Planning and the CAGD, to institute a thorough investigation into those anomalies and ensure the full recovery of overpaid salaries and pensions.

The Auditor-General also called for an effective supervision of data entry officers to minimise the risk of payroll frauds and errors.

It also urged the CAGD to institute adequate and strong in-built controls on the Integrated Personnel and Payroll Database (IPPD) system to ensure the full integrity of the payroll data.

The IPPD system is an integrated system for the administration and processing of government payroll for both active and retired Government of Ghana (GoG) employees. The government wage bill on these employees, which is a committed expenditure, constitutes a significant percentage of total GoG expenditure.

Besides the multiple payments, the Auditor-General also detected that salaries of more than 100 individuals were also paid into “Suspense Account number 9999, while the bank account numbers of other individuals who received salaries were not provided on the payroll”.

But the CAGD explained that “by the IPPD system, salaries of active employees and pensioners without bank details are held in suspense and do not appear on the bank report and, therefore, are not paid”.

“Staff and pensioners affected by this arrangement but who are on any system have unique identification numbers, management units and job grades. In effect, payments to these officers do not necessarily constitute multiple payments,” the CAGD said.

The CAGD, however, said the department had initiated a process for obtaining and updating the bank accounts and bank details on the system.