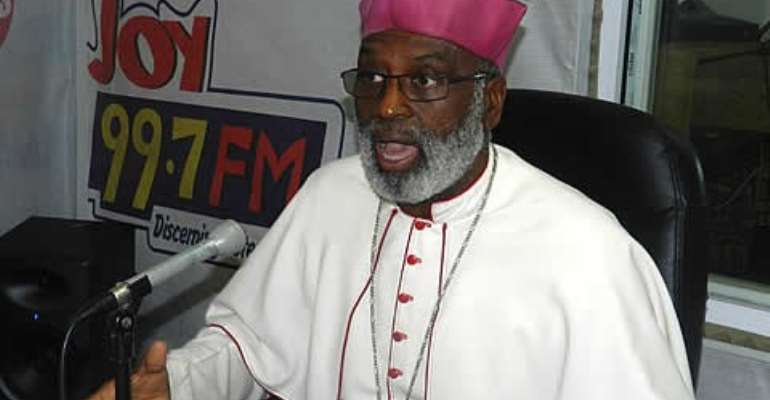 The Metropolitan Archbishop of Accra, Most Rev. Charles Palmer Buckle has made a passionate appeal to the Funeral Planning Committee to bury the late President John Mills at the Kwame Nkrumah Mausoleum.

He said the Mausoleum holds such important historical significance that it can only be the best burial grounds for the late president.

The Mills' Funeral Planning Committee is believed to have settled on the Flag Staff House as the burial grounds but the venerable religious leader said there can be no better place than the Nkrumah Mausoleum.

“We were there and there is enough space and the place is historical for the dear country Ghana because that is where Kwame Nkrumah declared independence for the country and so if it becomes a place where all our future heads of state would be buried,” that would great, he stated.

Most Rev. Palmer-Buckle said on Joy Fm's Supper Morning Show on Wednesday, he had “nothing against even bringing all those past heads of state and burying them there at one place; we all can go there not just for tourist attraction but a place that would acquire a certain spiritual ethos for the country; we go there to pray, to thank God for our leaders and we go there to gain spiritual energy to be able to serve this country.”

A former Chief of Staff, Mr Kwadwo Mpiani also described as wrong, the decision to use the Flag Staff House built for use as the seat of government, for the burial of the late president who died last Tuesday, July 24, 2012.

He said if that was the FPC's choice, they ought to build consensus before finally settling on the venue.

A member of the FPC and former Chief of Staff himself, Nana Ato Dadzie however disagreed.