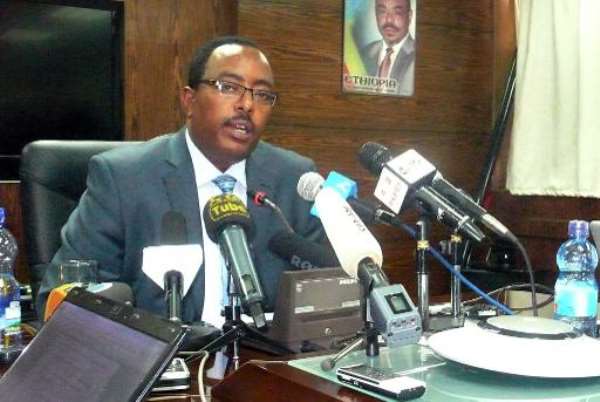 Reporters Without Borders (RSF) named the three as Endalkachew Tesfaye of the Addis Guday magazine, Gizaw Taye of Lomi, and Fatuma Nuriya of Fact.

"The three have all been sentenced for three years and some months," government spokesman Redwan Hussein told AFP.

RSF said the magazine owners, who are all outside the country, were found guilty on Tuesday of "inciting violent revolts, printing and distributing unfounded rumours and conspiring to unlawfully abolish the constitutional system of the country."

"The clearly outrageous grounds for their conviction are indicative of how a very authoritarian regime is manipulating the justice system," RSF said in a statement.

"This type of persecution amounts to banning independent media in Ethiopia altogether."

Several journalists have been jailed in Ethiopia, many under terrorism laws.

Those include two Swedish journalists sentenced to 11 years in prison in 2012. They were pardoned after serving 15 months.

Dissident blogger Eskinder Nega is currently serving an 18-year sentence for alleged links to the outlawed Ginbot 7 group, which calls for the violent overthrow of the ruling party.