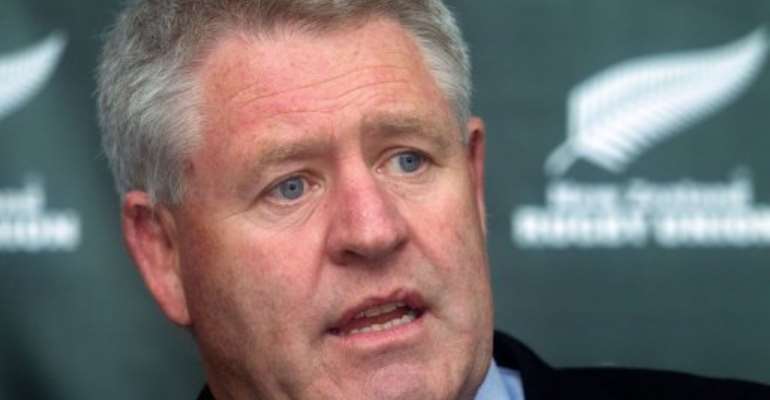 WELLINGTON (AFP) - New Zealand rugby chiefs pledged Tuesday to fully cooperate with a South African police investigation into a rape accusation levelled at a member of its under-20s team.

New Zealand Rugby Union chief executive Steve Tew said two players, the one at the centre of the allegation and a team-mate who was rooming with him, had provided DNA to police investigating the alleged incident.

Police were called in Saturday after a 22-year-old Cape Town woman said she was raped on Friday night, following the team's loss to South Africa in the final of the Junior World Championship.

Tew said the rape allegation was "as serious as it comes". He said the team and management waited for clearance from police before leaving South Africa and would continue to cooperate with the investigation.

"There's no doubt we will cooperate fully with any work that is done," he told reporters.

Tew confirmed the player, whom he described as "very upset" about the allegation, had been drinking on the night in question. He said the player's room mate was not present when the alleged incident occurred.

"It's disappointing, but let's be clear, we're still dealing with an allegation. No charges have been laid, no one has been detained, no one's even been to a police station," he said.

Tew said it was clear that a player broke team protocols by taking a woman to his hotel room but what subsequently happened was for the police investigation to determine.

He said the 28-man squad had been repeatedly advised about their conduct while on tour.

"They were reminded of their responsibilities representing this country and their families, and also the dangers of being in a foreign country where you put yourself at risk if you take poor decisions," he said.

"It's obvious this young man has made a poor decision and he's now dealing with it."

Naidoo said the woman who made the allegations told police she had been drinking and remembered little about what happened.

"The woman said she did not have any recollection of exactly what happened," he told Radio New Zealand in a telephone interview from South Africa.

"There are processes we will be following to help her."

Hotel staff told the newspaper the woman came to the hotel Friday night and told the front desk she was visiting a cousin. She knew the players were staying at the hotel and had apparently met them before.

"According to some of my colleagues she was apparently drunk. And on Saturday morning she called her parents to fetch her at the hotel after claims that she was raped," a hotel employee told the publication.

"Her parents insisted on opening a case of rape. We are not certain that she was raped, but there was blood found on a sheet on a bed."