Every nation must honour its heroes-Gen Smith 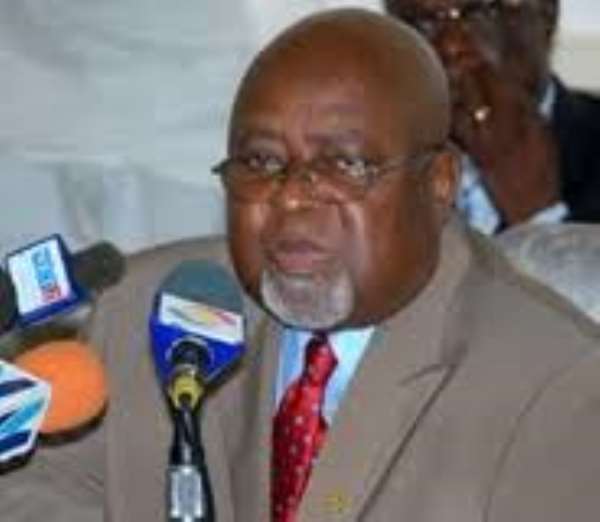 Accra , June 15, GNA -Lt. Gen. Joseph Henry Smith, Minister of Defense, says in order to encourage the youth to get involved in the national agenda, it was important to show appreciation to citizens who had devoted their lives to the service of the nation.

"In the youth, we have a future behind us. Everyone needs inspiration, and this is encouraged by the way we show appreciation to those who have served their nation in various aspects of national endeavor."

Lt. Gen Smith said this on Friday in Accra, at a send-off ceremony for the Chief Director of the Ministry of Defense, Mr. Emmanuel Franklin Ofosu-Appeah.

He observed that the "Better Ghana Agenda" slogan, entreated all workers to be accountable saying "as citizens, we should know that for the nation to progress, we need to contribute our quota to the best of our abilities."

Lt. Gen. Smith, described Mr. Ofosu-Appeah, as a dedicated worker, who displayed an exemplary loyalty as he was committed to his responsibilities.

"Mr. Ofosu-Appeah had a great sense of duty. He has seen the Ministry transformed into a high ethic based institution. He raised the moral of workers, and effectively dealt with weaknesses such as lateness to work and absenteeism," said Lt. Gen Smith.

He described the out-going Chief Director as a hard worker who was able to work around the clock to deliver good results.

Lt. Gen. Smith expressed the hope that Mr. Ofosu-Appeah, would be of assistance to the ministry and the nation as a whole, whenever it was required, due to his immense experience and know-how.

"I look forward to your continued interest in the service of the nation, no matter where you find yourself," he said.

A Quarter Guard was mounted, as part of activities to mark the send off ceremony.