A two week old abandoned baby at Winkongo, near Bolgatanga 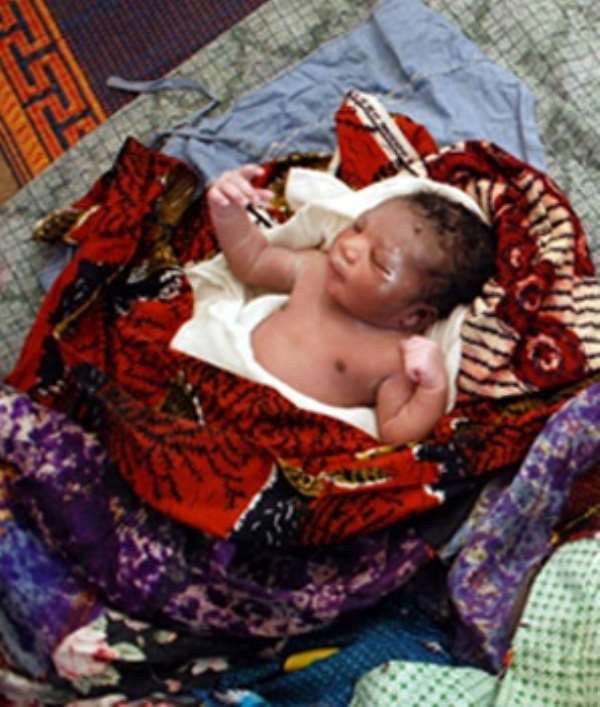 Winkongo (UE), June 5, GNA- A two week old baby was at the weekend found under a bridge in Winkongo, near Bolgatanga, the Upper East Regional Capital, being cuddled by a dog.

The dog had not been found over night and after a rigorous search, it was found lying next to the baby, under a bridge quite close to where its owner's farm is sited.

Madam Rosemary Azure, Talensi-Nabdam District Director of Health, disclosed this in an interview with the Ghana News Agency on the sidelines of a ceremony to launch two new vaccines, Pneumococcal Conjugate vaccine (PCV) and Rotavirus Vaccine for the treatment of diarrhoea and Pneumonia respectively.

She said the chief of the area drew her attention to the incident after the owner of the dog reported the incident to him at his palace.

According to her, the baby had been dumped for whatever reasons known only to her mother and said the local health directorate had taken custody of the baby .

She cautioned teenage girls against unprotected sex reasoning that the baby could have been abandoned by a teenager in view of the numerous reports of teenage pregnancies in the District.

The baby's umbilical cord was not properly cut and had been infected.

The baby has since been given the necessary vaccinations while the Police are investigating.