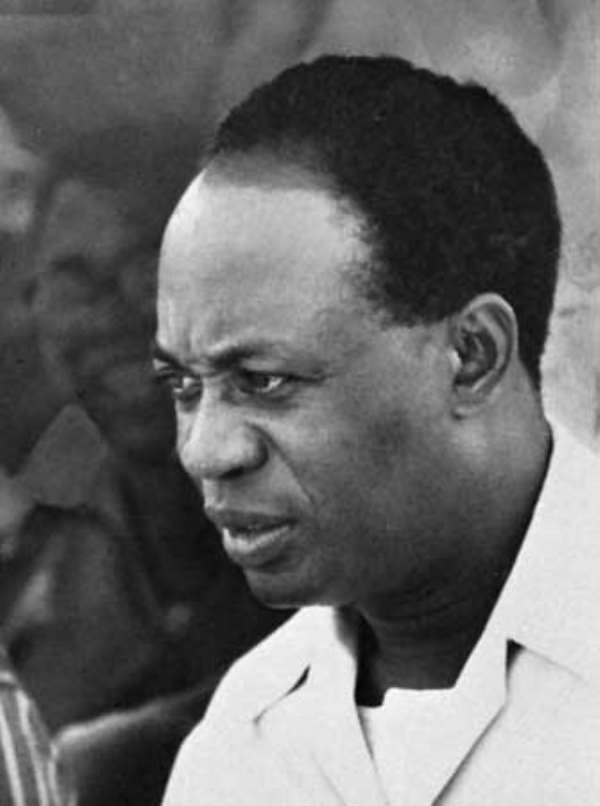 Accra, April 26, GNA – The Convention People's Party (CPP) on Thursday rolled out a programme of activities to mark the 40th anniversary of the death Osagyefo Dr. Kwame Nkrumah, First President of Ghana.

A statement issued by Nii Akomfrah, CPP Director of Communications, and copied to the Ghana News Agency in Accra said the party will hold a memorial service at the Kwame Nkrumah Memorial Park, on Friday April 27, which would be addressed by the two CPP Presidential Aspirants, Mr Bright Oblitei Akwetey, and Dr Abu Sakara Foster.

A CV of Dr Nkrumah made available to the GNA indicates that he was educated at Lincoln University in Pennsylvania, and became involved in the Pan-African Movement in the United States during the 1930s and 1940s as a leading member of the African Students Association (ASA), Council on African Affairs (CAA) as well as other organisations.

After leaving the United States at the end of World War II in 1945, he played a leading role in the convening of the historic Fifth Pan-African Congress in Manchester, England - a gathering which is credited with laying the foundation for the mass struggles for independence during the 1940s and 1950s.

In England between 1945- 47, he collaborated with George Padmore of Trinidad, a veteran activist and journalist who wrote extensively on African affairs.

Dr Nkrumah was offered a position with the United Gold Coast Convention (UGCC) as an Organier in late 1947 and made a critical decision to return to the Gold Coast to assist in the anti-colonial struggle, intensified in the aftermath of World War II.

After being imprisoned with other leaders of the UGCC for supposedly inciting unrest among WWII veterans, workers and farmers in the colony, he gained widespread popularity among the people.

After forming the Committee on Youth Organisation (CYO), which became the best organised segment of the UGCC, Dr Nkrumah was later isolated from the top leadership of the Convention for his demands for immediate political independence for the Gold Coast.

On June 12, 1949, Dr Nkrumah and the CYO formed the Convention People's Party in Accra at a mass gathering of thousands of people. During this same period, Dr Nkrumah formed links with other anti-colonial and Pan-African organisations that were operating in the other colonies of West Africa.

When the CPP called for a Positive Action Campaign in early 1950, leading to massive strikes and rebellion throughout the colony, he was imprisoned by the colonial authorities for sedition.

However, executive members of the CPP continued to press for the total independence of the colony, eventually creating the conditions for a popular election in 1951.

In February of 1951, Dr Nkrumah was released from prison in Ghana and appointed Leader of Government Business in a transitional arrangement that eventually led to the independence of Ghana on March 6, 1957.

This statement made by Prime Minister Nkrumah served as the cornerstone of Ghanaian foreign policy during his tenure as leader of the country.

George Padmore became the official advisor on African affairs and was placed in charge of the Bureau of African Affairs, whose task it was to assist other national liberation movements on the continent in their efforts to win political independence.

In April of 1958, the First Conference of Independent African States was convened, with eight nation-States as participants - a gathering that broke down the colonially imposed divisions between countries.

In December of that year, the First All-African Peoples Conference was held in Accra, which brought together 62 national liberation movements from all over the continent as well as representation from Africans in the United States.

It was at this conference in December of 1958, that Patrice Lumumba of Congo became an internationally recognised leader of the anti-colonial struggle in Congo.

Dr Nkrumah in 1963 identified neo-colonialism as the major impediment to the genuine liberation of Africa.

At the founding meeting of the Organisation of African Unity (OAU) in Addis Ababa, Ethiopia, he released his book entitled, "Africa Must Unite", which provided a proposal for the adoption of a continental union government as the only means of countering the development of a new form of colonialism on the continent.

At the OAU conference in Egypt during July of 1964, Dr Nkrumah pleaded for the adoption of a United States of Africa by the Heads of State. This proposal was not accepted despite the apparent problems associated with the legacy of colonialism on the continent.

The Congo crisis and the economic stagnation of many of the newly independent States illustrated that these nations were not viable as economic and political entities.

At the 1965 OAU Summit held in Accra, Dr Nkrumah issued his book entitled, "Neo-Colonialism: The Last Stage of Imperialism".

Just four months after the release of this book on Neo-Colonialism, Dr Nkrumah was overthrown in a Coup d'état led by military officers and police in Ghana.

Dr Nkrumah was out of the country at the time of the coup, enroute to North Vietnam on a mission to broker a peace settlement in the war against the people of South-East Asia.

Aborting his mission to Vietnam, he returned to Africa via the Soviet Union and Egypt, eventually settling in Guinea-Conakry. Dr Nkrumah remained in Guinea until he was flown to Romania to undergo treatment for cancer in 1971.

During this period after the coup (1966-1971) he continued to write on the history of Africa and the revolutionary movement for Pan-Africanism and world socialism.

The legacy of Dr Kwame Nkrumah in Africa and throughout the African world continues.

His views on the necessity of coordinated guerrilla warfare to liberate Africa was realised in the sub-continent during the 1970s and 1980s, when the settler-colonial regimes of Rhodesia and eventually South Africa were defeated.

The role of Cuba in the liberation and security of Angola was in line with the notions advocated by Dr Nkrumah, which upheld the view that until settler colonialism was destroyed, the entire continent of Africa would not be secure.

The realisation of a United States of Africa still eludes the continent but virtually all Governments of Africa have accepted the need for unity.

His views on the necessity of African Unity have been prophetic in light of the continuing underdevelopment of the continent and the phenomena of domestic neo-colonialism in the United States and the Caribbean.

Over his lifetime, Dr Nkrumah was awarded honorary doctorates by Lincoln University, Moscow State University; Cairo University in Egypt; Jagiellonian University in Kraków, Poland; Humboldt University in the former East Berlin; and many other universities.

In 2000, he was voted Africa's Man of the Millennium by listeners to the BBC World Service.

His rehabilitation on the continent was demonstrated recently with the unveiling of a 3.5 metre bronze statue of him at the forecourt of the new African Union (AU) building in Addis Ababa, Ethiopia.

The unveiling of the statue was in recognition of leaders of the 54-nation continental body of the leading role of Dr Nkrumah in the African liberation struggle.

African leaders, had in 2009, accepted the proposal by the Ghana Government to declare September 21, the birthday of Nkrumah as Founders Day.

The legacy of Dr Nkrumah remains more relevant to the present day struggle of African peoples around the world and can only benefit the present efforts by the CPP and others to create an African world that is genuinely independent and self-determined.