It's Illegal To Prevent People From Registering - EC 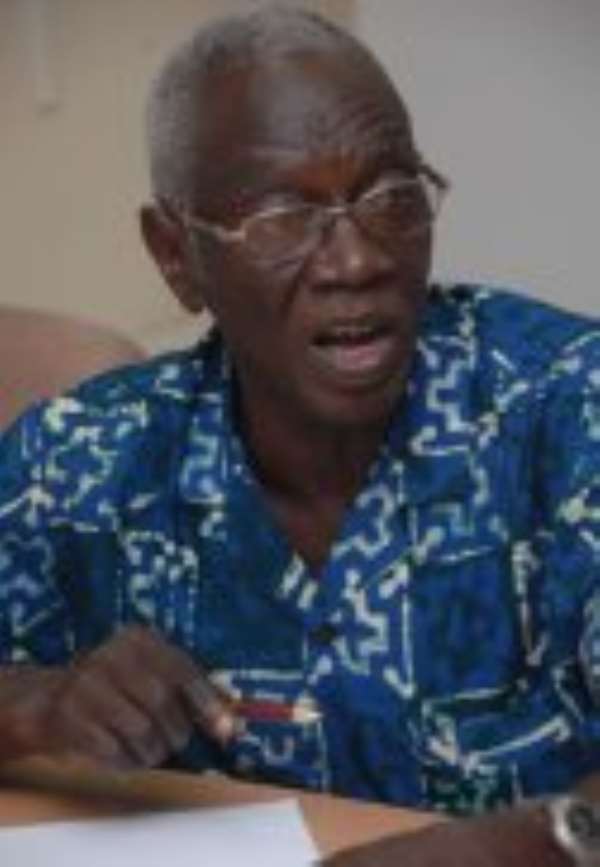 The Chairman of the Electoral Commission (EC), Dr Kwadwo Afari-Gyan, has maintained that it is illegal for anyone to physically prevent others from taking part in the ongoing biometric registration exercise.

He explained that the most acceptable and appropriate procedure was for people with “concrete evidence” to pick challenge forms and object to the registration of such persons, not the use of force in any form.

The EC Chairman, who was speaking to the Daily Graphic in Accra in an interview , tasked the police to deal ruthlessly with people who flouted electoral regulations and took the law into their own hands at various registration centres.

He noted that the criminal aspects of the registration exercise could be dealt with by the police, who were mandated by the Constitution to maintain law and order in the country.

Dr Afari-Gyan was reacting to reported incidents of the manhandling of suspected minors and foreigners and allegations of people who did not reside in the vicinities of the various registration centres but tried to register there.

Nine days into the 40-day biometric voters registration exercise, pockets of violence have been witnessed at polling stations at various areas, including Odododiodoo, Race Course, Achimota and Sowutuom, all in the Greater Accra Region.

Other areas are Asokwa and Ejisu-Juaben, both in the Ashanti Region.

One person was hacked with a machete in the Brong Ahafo Region, while a 12-year-old boy sustained gunshot wounds at the Foase Kokoben Electoral Area in Kumasi.

Although the Inspector-General of Police (IGP), Mr Paul Tawiah Quaye, last week warned that the police would deal resolutely with people who fomented trouble at registration centres during the ongoing voters registration exercise, that caution had not stemmed the tide of political clashes at some centres.

The IGP told journalists after visiting some registration centres in Accra, “I want to assure all stakeholders that the Ghana Police Service will be fair, professional and resolute in handling any registration offences that will be reported during the exercise.”

On the issue of applicants rushing to distant registration centres to register, Dr Afari-Gyan advised that they should wait till the registration officers got to their polling stations where they wanted to vote.

He gave an assurance that the commission had enough materials to ensure that the registration lasted for the announced 40 days.