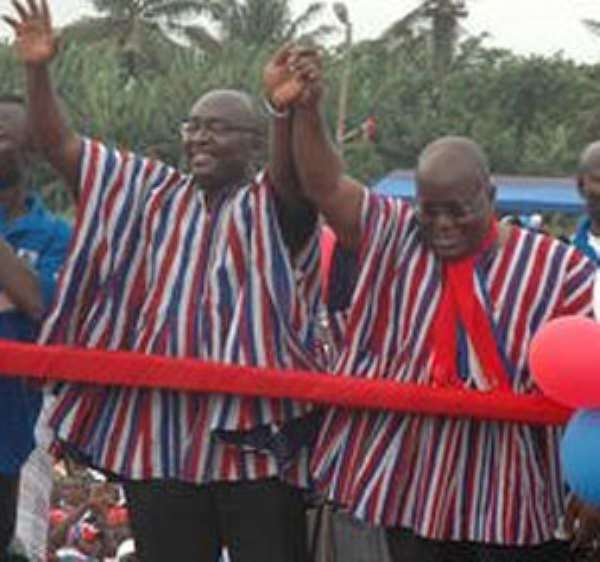 Dr. Bawumia would be embarking on his first trip to the Northern Region, his home region, since his appointment and endorsement as running mate late March.

A statement issued by Nana Addo's office said the trip would see the 'NPP presidential ticket moving to Nalerigu where Dr. Bawumia would present himself to his 'father' the Nayiri, Overlord of the Mamprugu Traditional Area and a Grand Assembly of Chiefs of the Mamprugu Traditional Council at the forecourt of the Nayiri's Palace for their blessings as a capable son of the soil who is seeking the number two job in the Nation.'

Dr. Mahamudu Bawumia would on Saturday morning register as a voter in the ongoing Biometric Voter's Registration process in his hometown of Kperiga in the Walewale Constituency.

'After the registration, the NPP presidential ticket is expected to be heralded into Tamale by a mammoth gathering for Dr. Bawumia to be officially unveiled as the NPP's Vice-Presidential Candidate to inhabitants and residents of the City.'