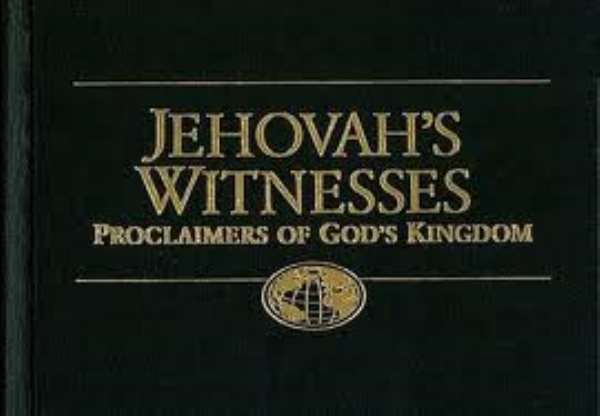 Accra, April 3, GNA - More than 19 million people worldwide are expected to congregate on Thursday April 5, 2012, at Kingdom Halls of Jehovah's Witnesses and other locations, to commemorate the Lord's Evening Meal.

The event, also known as the Memorial of Christ's death, which is expected to be celebrated in more than 109,000 congregations and in many languages worldwide, would focus on how mankind can benefit from the ransom sacrifice by Jesus Christ.

Speaking to the Ghana News Agency on Tuesday ahead of the event, Mr Samuel Gaskin, a News Service Coordinator of one of the recent District Conventions of Jehovah's Witnesses in Accra, said a Bible Talk would be given at this very important event.

He said the event would enable all in attendance to reflect on the value of the two greatest expressions of love shown in the universe.

“Firstly, the love shown to mankind by our heavenly father Jehovah God by allowing his only-begotten Son to die for us; and secondly the love Jesus showed in giving up his life willingly for our salvation.”

Mr Gaskin appealed to families, friends, relatives, acquaintances and the public to attend the event at the nearest Kingdom Hall of Jehovah's Witness.

Each year, the Witnesses gather to commemorate Jesus' death in obedience to the direct command to all Christians found at Luke 22:19 and last year, a peak attendance of 19,374,737 was recorded.

Many who have attended the memorial have been impressed with the orderliness with which the meetings had been conducted and the way family members sat close to each other.

Admission to the meetings of the Witnesses is free, and no collections are taken. The meetings are commenced and closed with Christian songs and prayer.

Jesus Christ instituted this observance on the night of the Jewish Passover in 33 C.E. The Passover was an event celebrated once a year, on the 14th day of the Jewish month Nisan.

To calculate that date, the Jews evidently waited for the spring equinox. This is the day when there are approximately 12 hours of daylight and 12 hours of darkness.

Jesus celebrated the Passover with his apostles, dismissed Judas Iscariot, and then instituted the Lord's Evening Meal. This meal replaced the annual Jewish Passover and therefore Jehovah's Witnesses rightfully observe the Memorial of Christ's death once a year.