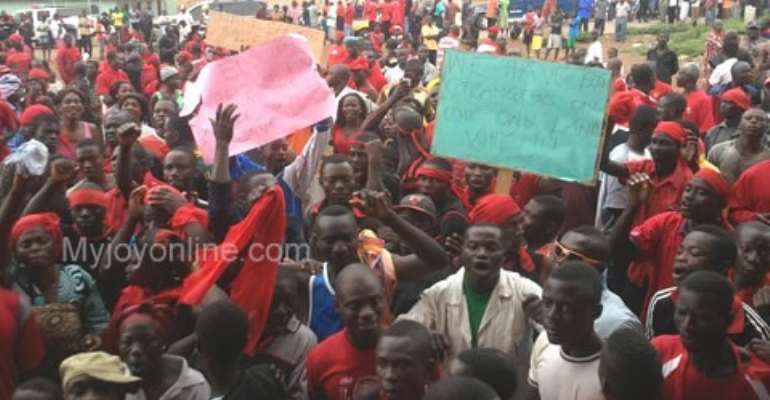 A group of biometric registration officers at Agona Sweduru, have vowed to discontinue the exercise if two of their colleagues detained over stolen equipments are not released.

The two - Theophilus Addo Zuta, a headteacher of the Catholic Basic School 'A', and Richard Enyan, an hotelier - were on Monday arrested by the police after the Electoral Commission (EC) officials detected that the machines had been stolen.

But registration officers in the area are demanding the release of their colleagues failing which they will boycott the continuation of the registration exercise.

Earlier, Daily Graphic reported that the victims were alleged to have connived to keep the laptop and the webcam meant for the registration exercise at the headteacher's office after close of work on Sunday, April 1,2012.

However, luck eluded them when the headmaster's office was broken into and the equipments got stolen.

The two were arraigned before the Agona Swedru Circuit Court and charged with two counts of conspiracy to steal and unlawful entry.

Do DNA test for Rawlings alleged daughter before you bury hi...
40 minutes ago