Mills government is driving Ghana into an abyss – Rawlings 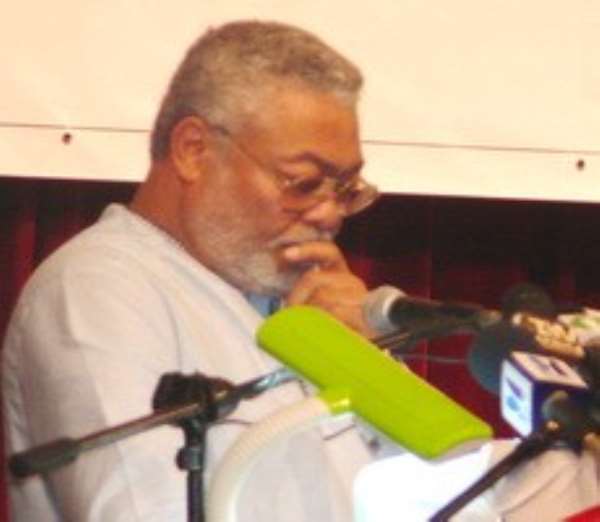 Former President Jerry John Rawlings says “Ghana needs a real and true awakening because the government is fast speeding the country into an abyss.

With the approach of Easter, he said Ghanaians must draws near and seek God's guidance in “honest, unpretentious prayer of supplication.”

A statement issued by the Office of the former president Monday afternoon, quoted him as saying the ruling government was plunging into a growing darkness.

“When you find yourself in an unintended pit or hole the wise thing to do is to stop digging. It does not appear the Mills government is able to see the growing darkness around them.”

The statement was in reaction to the suspension last week of the party's Deputy General Secretary, Kofi Adams, who also serves as the spokesperson for the former president.

Said the statement, “They have lost so much moral high ground and now one of the most truthful, forceful, logically minded personalities of integrity in the party leadership is being treated like an outcast to serve a parochial and unpatriotic interest.

“Do we need any other evidence to demonstrate that the Mills government has no intention of profiting from the truth?

“Ghana needs a real and true awakening. The government is fast speeding the country into an abyss and as Easter draws near let us seek God's guidance in honest, unpretentious prayer of supplication.”