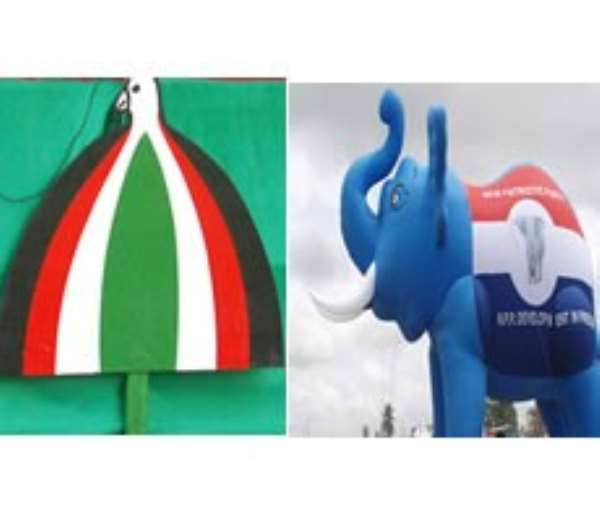 Even before the country's Electoral Commission commences its landmark biometric registration exercise across the country for the 2012 general elections, accusations of rigging, mainly from the opposition New Patriotic Party, are flying all over.

For instance, the NPP in the Kintampo North is accusing the NDC of plotting to intimidate electorate in its strongholds in Saturday's biometric registration in the region.

According to the NPP Deputy Communications Director in Kintampo North Richard Busi, the NDC is also plotting to register minors in the NDC strongholds.

“We had the information that the NDC is plotting to perpetrate violence in the biometric registration. They had a meeting on the 20th, that was just Tuesday, that they wouldn't allow the NPP to have a smooth registration, and adding to that they would send boys to our strongholds to intimidate the people and make sure that the process is delayed, especially on the last ten days so that many of them would not register.”

He further stated: “information we are privy to is that they are done with the police so any NDC [member] who will go to create any violence, that person would not be arrested.”

Still in the Eastern Region, the NPP is also accusing the executives of the NDC of plans to swell up the number of voters in some constituencies to their advantage.

Regional Communications Director Matthew Baafi, told a press conference in Suhum, Lower West Akim, Akim Oda, Akwatia, Abetifi and Abuakwa south and North as some of the targeted constituencies for the alleged plans.

He said investigations by the party have found “thrilling revelations” of the ruling NDC.

He said the NDC also intends conveying supporters of their strongholds to beef up their numbers at NPP strongholds.

Alhaji Sumaila Mahama, Deputy Eastern Regional Chairman of the NDC, told Joy News the accusations must be disregarded, assuring that the NDC has not taken any of such decisions.

“They don't have any evidence to back it. It is neither here nor there. They are lying.”

The parties are confident their trained agents will ensure the process is not manipulated.

The exercise is intended to compile a new register for this year's general elections and there are fears poor response or failure to protect the integrity of the process could affect the outcome of the elections.

Member of the Communications Directorate of the Progressive Peoples Party, Richmond Keelson is asking the National Commission for Civic Education to step up its campaign to address concerns of low publicity.

General Secretary of the Convention Peoples Party, Ivor Greenstreet is optimistic the exercise will be successful.

Meanwhile the Electoral Commission is allaying fears electorates may be disenfranchised because they may not be able to locate registration centers.