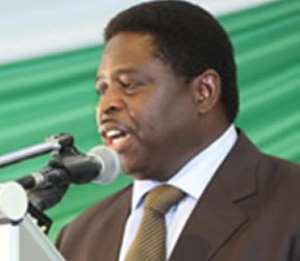 The Accra Chapter of Yendi Senior High School Old Students Association, YESSOSA-ACCRA, has extended its best wishes and solidarity to Dr. Foster Abu Sakara in his bid to become the flagbearer of the Convention People's Party for the December General Elections.

A statement by the group said though politically neutral, members of YESSOSA believe that Dr. Abu Sakara, who is also an old student of Yendi Senior High School, has accumulated sufficient wealth of experience in Ghana's politics and has the desired intellectual expertise to lead the CPP and the nation.

“Dr. Abu Sakara is undoubtedly one of the strongest forces at the moment to consider if the CPP is to make an impact in the upcoming general elections”, the statement quoted Dr. Fusheini Hudu, a Linguistics lecturer at the University of Ghana and a member of the Yendi Senior High School Old Students Association, as saying.

He said “Dr. Abu Sakara has experienced the road to power, having been a 1st National Chairman of the CPP and presidential running mate during the 2008 General Elections. He has also worked closely with renowned world leaders in support of heads of governments in Africa. We are convinced that he has weighed his strength, that of his party and the prospects awaiting the party in the upcoming general elections before taking this bold step”.

The group said it was convinced Dr. Sakara's leadership of the CPP and the country as a whole stems from his accomplishments in the fundamentals of what it takes to develop Ghana. “He is reputed internationally in the fields of food security, economic growth and rural agricultural intervention initiatives. As the executive director of Rural and Agricultural Development Associates (RADA), Dr. Sakara is an accomplished agricultural development expert of international repute. He consults for the World Bank, FAO, IFAD and currently leads the African Union team of agricultural advisory services experts under the Comprehensive Africa Agricultural Development Program (CAADP). For over 25 years, he has played technical, managerial and policy roles in Central America, southern Africa, east and West Africa. He currently provides advice to governments and development organisations in the areas of food security and economic growth.”

“As an old student of our alma mater, we wish Dr. Sakara, who was among the pioneer students who entered Yendi Senior High School in 1970, the best of luck in the flagbearership contest. To members of the Convention People's Party, we say that you have no better hands to entrust the faith of your great party into than Dr. Sakara if indeed you consider the rebuilding of your party towards the 2012 elections and beyond a priority.”