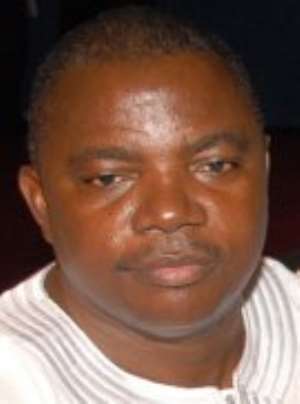 The Executive Director of the National Population Council (NPC), Dr Stephen O. Korankye, has called on the media to educate the public on population and its impact on national development.

He said population issues were critical to decision making, both within the government and on an individual basis, but were often not discussed, for which reason little or no attention was given to related issues.

Dr Korankye made the call when he paid a courtesy call on the Managing Director of the Graphic Communications Group Limited (GCGL), Mr Kenneth Ashigbey, to discuss the way forward on using the media as an advocacy tool on population issues.

The NPC was established by Act 485 in 1994 as the highest advisory body to the government on all population issues and to ensure proper co-ordination and implementation of all population policies and programmes.

Dr Korankye said the NPC faced many challenges, particularly regarding resources such as computers and softwares to make work easier and also upgrade its data.

“We do not have many resources to work with and this is putting pressure on the existing facilities that we have which are also outmoded and need to be replaced,” he explained.

He said the population was the number one resource in the country but when produced in excess it created problems to already existing facilities and the development of the country.

He also complained that the NPC had no ministerial body of its own, saying it was difficult to operate without an advisor between the council and the government.

Dr Korankye added that personnel who were trained to undertake population issues ended up leaving the sector because they were not well paid, while the personnel in the regional offices did not have means of transport, making it difficult for them to gather data for national purposes.

For his part, Mr Ashigbey said population issues were paramount to every developmental agenda, hence the media were always ready to educate and inform the public on population and its impact on national development.

He pledged the GCGL’s continuous support towards imparting knowledge and providing the platform for issues of national importance to be discussed.