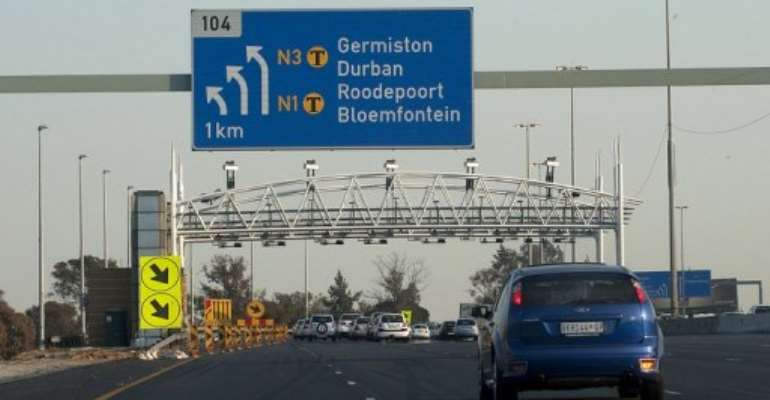 More than 6 million driving fines were issued in South Africa between October 2010 and last year. By Alexander Joe (AFP/File)

CAPE TOWN (AFP) - South Africa on Tuesday honoured an 80-year-old driver as a "sterling example" for going 62 years without a single traffic fine, in a nation where 40 people are killed on the roads every day.

Hazel Souma was handed a certificate for her blemish-free run of more than six decades by Transport Minister Sbusiso Ndebele.

"Ms. Souma's unblemished driving record and sterling example is proof that we can put an end to the carnage on our roads," he said.

South Africa's roads regularly see reckless driving, with a motorcyclist on Monday nabbed for travelling at 220 kilometres per hour (135 miles) in a 120-kilometre zone.

While death tolls have dipped slightly, more than six million fines were issued between October 2010 and last year and more than 21,000 drunk drivers arrested.