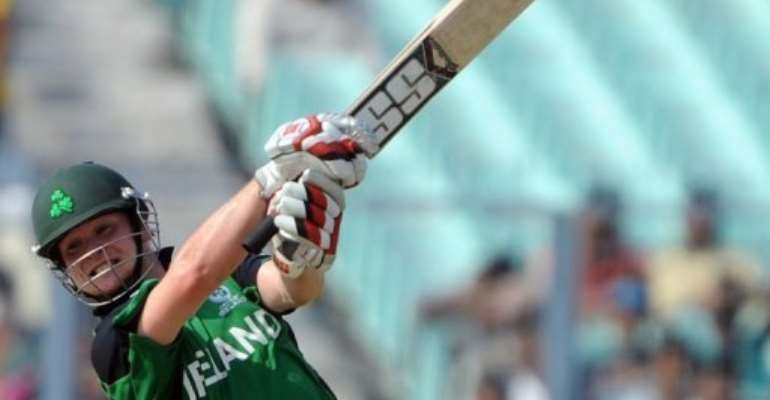 Stirling took two wickets in the Kenyan top order and almost single-handedly won the game for his team. By Deshakalyan Chowdhury (AFP/File)

MOMBASA, Kenya (AFP) - Paul Stirling starred with both the bat and ball as Ireland beat Kenya by eight wickets in the second international Twenty20 match at the Mombasa Sports Club grounds on Thursday.

The 21-year-old Middlesex player took two wickets in the Kenyan top order and almost single-handedly won the game for his team with an unbeaten 65 to give the hosts their second crushing defeat in the three-match series.

Spinner George Dockrell and pacemen Trent Johnston, John Mooney and Kevin O'Brien had each grabbed one wicket apiece as Kenya reached 131 for seven after being put in to bat.

The Irish victory served as a morale boost in their preparations for next month's Twenty20 World Cup qualifying tournament in the United Arab Emirates.

The third and final match in the series will be played on Friday.