Why crimes on Skype leave witnesses but no evidence 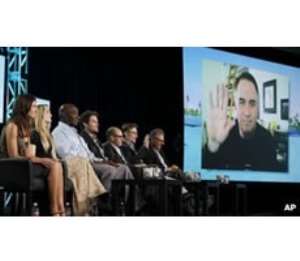 A woman is in custody in Norway accused of murdering her child while her boyfriend allegedly watched on Skype in the UK. It is the latest in a series of incidents allegedly witnessed on Skype or webcams. But how much does this help investigators?

One night in April last year 23-year-old Qian Liu, a university student in Canada, was chatting to a friend in China on a video link.

Suddenly there was a knock on the door of her Toronto apartment and Miss Liu stepped away from the webcam to open it.

The friend watched in horror as a man lunged towards her and they began struggling.

His helplessness was compounded seconds later when the webcam link was cut.

A few hours later Miss Liu's half-naked body was found in her room on the campus of York University in Toronto.

Brian Dickson, a 30-year-old student who lived in nearby, was later arrested and faces trial later this year.

The case was the most graphic illustration of a recent phenomenon: horrific acts committed on what is known in the trade as voice over internet protocol (VoIP).

In November British sales executive Adrian Rowland died in India. The Daily Mail reported he had committed suicide live on Skype while his girlfriend watched in England.

Thames Valley Police confirmed they were called to an address in Reading, Berkshire and added: "The man was traced, but regrettably was later pronounced dead by doctors in India."

His inquest is still pending in the UK.
It is not surprising that crimes are witnessed on Skype, given the number of registered users - 560 million - and the amount of time they spend using it.

Martin Geddes, a Skype expert, says: "There are more minutes of Skype usage per month than the total of international phone calls.

"The high-definition audio in Skype gives you a sense of the other person being with you and that is what people want, that sense of presence."

No record
It is by far the biggest and best-known of the VoIP providers, but there are others - Ooma, Viber, Viatalk, for example, and any number in China.

But while investigators may get witnesses thanks to Skype, they do not get footage.

In October 2010 Norwegian paramedics were called to a flat in Oslo and found a 20-month-old girl whose mother said she had accidentally fallen into a bucket of water. The child died the following day.

A year later the mother, Yasmin Chaudhry, changed her story and said she had held the child underwater after her boyfriend in the UK, Ammaz Qureshi, told her it would be a good way of disciplining her.

Prosecutor Kristin Rusdal told the BBC: "He was not arrested but was interviewed as a suspect. He confirmed he witnessed it on Skype but not that he had instructed her to do it.

Mr Geddes explains: "Skype is just a piece of software and just as you don't expect the internet to remember every computer game you have played so you can't expect it to record your conversations.

"There may be some forensic tracks left on the computer that made the call, bits of memory that were cached, but it is unlikely there will be evidence of what was said or written."

Users can record Skype calls, but for this they need to buy add-on software. This tends to provide the ability to record up to 15 minutes of conversation at a time.

"People use this sort of software to record for business purposes or to record family calls for people who can't be there themselves," says Phil Wolff, editor of the Skype Journal blog.

In some cases medical professionals will record their discussions with patients and colleagues to protect themselves in case of litigation.

But in most cases if you witness something on Skype - as with any webcam system - there will be no video evidence to back you up.

This lack of a forensic trail is quite attractive to some groups.

Under the radar
"Anything people can do, for good or bad, they will do with Skype," says Mr Wolff.

In 2009 it was reported that organised criminals, arms and drugs traffickers, and prostitution rings in Milan, Italy, were using Skype in order to frustrate investigators who regularly tapped their phones.

Mr Geddes says the encryption of Skype has brought about a "fundamental change in the balance of power between governments and people" because they cannot tap or bug VoIP calls.

That may explain why India, China and Saudi Arabia have been threatening to close down Skype services.

Other countries too want the power of lawful intercept for anti-terror purposes or, like Germany, for local police reasons, according to Mr Wolff. But Skype is resisting.

"Skype is trying hard from a regulatory perspective not to be treated like a phone company," he says.

In future, he foresees Skype or one of its rivals developing a record button which would allow a witness to record images from the other side of the world in an emergency situation.

But for now, Martin Geddes says: "Skype and all these other companies are getting away without having to address the ethical and moral issues, which they like to brush under the carpet."

Asked to comment for this article, a Skype spokesman said: "We are not able to comment on law enforcement-related matters, including specific police investigations."