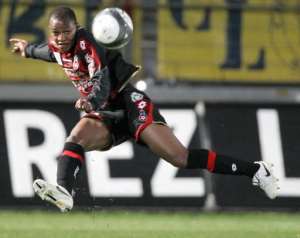 BONGOVILLE, Gabon (AFP) - Mali have suffered yet another injury blow ahead of their opening Africa Cup of Nations Group D match against Guinea Tuesday as striker Mahamane Traore has been ruled out by a foot injury.

According to Mali football federation media spokesman Souleymane Diallo, Traore will be replaced by Cheick Fantamady Diarra from Rennes.

Nice striker Traore, 23, has not been involved in his team's training since they arrived in Gabon for the championship.

Mali have already been forced to make two late changes to their final squad for the tournament.

Toulouse defender Mohamed Fofana has been dropped after he suffered a thigh strain, while Denmark-based Khalilou Traore has also been replaced due to injury.