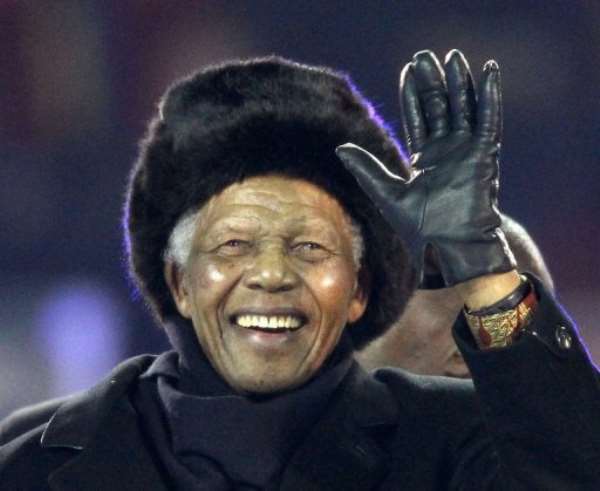 BLOEMFONTEIN, South Africa (AFP) - Nelson Mandela will not attend this weekend's celebrations for the centenary of the African National Congress, the party he led to power after the fall of apartheid, an ANC leader said Friday.

"He is not coming and we are not expecting him to come," ANC secretary general Gwede Mantashe told public radio SABC. "He is in good spirits but very, very old."

"That's not an issue you can ever finalise until the very last moment because the spirit must also move the old man," she said.

Increasingly frail, Mandela has not been seen in public since July 2010 where he delighted fans at the World Cup final with a surprise appearance.

After a health scare in January 2011, he retired to his rural childhood village.