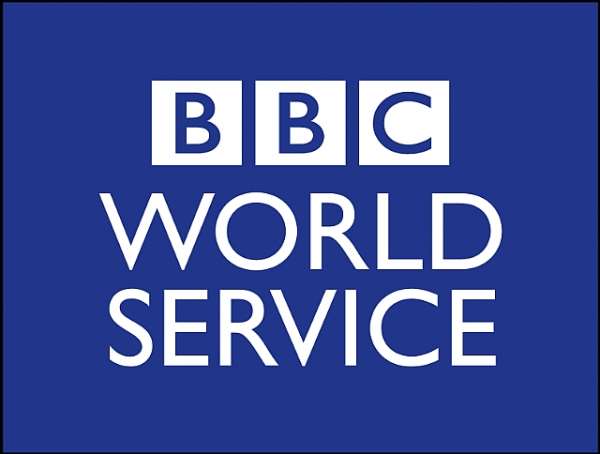 The BBC's global news services are launching the most ambitious and wide-ranging international season of programmes ever on London and the UK in 2012, to be broadcast to more than 200 million people around the world.

The BBC will begin an unprecedented year-long focus on London as the city prepares to host the world's biggest sporting event, the Olympics Games.

In this landmark year for the UK capital, London Calling on the BBC's international TV, radio and online services, will celebrate a wealth of arts and culture - with the spotlight on Charles Dickens' bicentenary - plus focusing on sport, history, politics, economics and all aspects of life in the UK through a range of news programming, documentaries and online features.

London will be under the spotlight in 2012, with programming highlights including:

Richard Porter, the BBC's Controller of English in Global News, said: “The eyes of the world will be on London in 2012 and its fitting that we are launching London Calling - one of our biggest and most ambitious seasons to date.

“The BBC has an 80-year-history and heritage of providing a global perspective and unprecedented breadth of analysis and insight on the stories that are shaping our world. This season will offer millions of people an intimate, surprising and in-depth insight into the city, its history and its inhabitants in a landmark year for the UK”.

Multimedia London Calling
In the New Year BBC.com will be relaunching its sports coverage including a special section dedicated to covering the London 2012 games. In addition there will be regular London Calling news and cultural content, showcased on the BBC.com homepage, right across BBC News, and for the full range of BBC London 2012 content visit www.bbc.co.uk/2012

In January www.bbc.com/ukdirect will compliment BBC World News programming, and include additional features on how the rest of the world sees the UK, with the theme of "Welcoming the world in 2012". As the focus on London intensifies in the build up to the summer there will be increasing coverage right across news and sport.

BBC Worldwide
London Calling will also be part of a major three month season during summer 2012 for BBC Worldwide, the BBC's commercial arm, as their international channels, BBC Entertainment, BBC Knowledge and BBC HD, bring London to the World in 2012.

Featuring BAFTA award-winning Sherlock and critically acclaimed Whitechapel among the range of drama, comedy, documentaries and one off events taking place in the capital, London Calling will celebrate the people, music, fashion, art, culture and history of the wonderful city that is London.

BBC World Service:
My London offers an intimate view of a city that people have made their home. Author Tracy Chevalier, Andrew Lloyd-Webber, Jerry Springer and Vidal Sassoon talk about parts of London they love and hate, their memories, and how the city has affected them.

The World Book Club on TV and Radio, which sees acclaimed biographer Claire Tomalin discuss Great Expectations. In April Globe to Globe features different international companies as they perform all 37 of Shakespeare's plays in 37 languages.

Sporting Chances is a new two part series, presented by Farayi Mungazi, which explores the power of sport to create a national identity. The first programme focuses on basketball and its role in the newly independent South Sudan. The second programme examines the common image of Australia as a sporting nation. Farayi looks at the role of sport in shaping Australia's national identity and asks whether sporting success will always be part of Australia's 'soft power'.

In The Wealth Gap – The View From London, presenter Michael Robinson examines the gap between the super-rich and the rest of the world, and the effect this is having on London and its inhabitants.

Great Expectations is the BBC World Service's ongoing series tracking the lives of East Londoners living on a housing estate in the shadow of the Olympic stadium. With the games fast approaching, the two programmes look back at the Beijing Games in 2008 and forward to the Rio de Janeiro Games in 2016 to see how far these sporting events deliver for local residents in a host city.

BBC World News:
In January the UK Direct season focuses on London and goes beyond the headlines to discover more about its people, politics, culture and economy. Programme highlights include:

One Square Mile, presented by Paddy O'Connell, who is in Stratford to explore an area of London that has undergone a rapid transformation as the gateway to the London Games. Online bbc.com/ukdirect will feature special reports and content from across the UK.

Working Lives This January Working Lives focuses on Leeds, England. Reporter Justin Rowlatt meets six people all working in Leeds at different levels of the economic ladder, and talks to them about their work, hopes, fears and frustrations with their jobs.

Destination London brings you interviews with the world's biggest sports stars and goes behind the scenes of the London Olympics. In January the show goes to Australia to talk to their Olympic hopefuls and to find out how Sydney, and the entire country, has changed since hosting the 2000 Games.

Further features can be accessed at bbc.com
Mixed Britannia In this new series George Alagiah tells the story of the history of Britain's mixed-race community and the many love stories that created it. The series starts at the beginning on the 20th Century and encompasses the stories of romance in the First World War and the street riots it led to, up until the present day where mixed race has become one of Britain's fastest growing ethnic groups.