Lets work together to develop the Nkoranza Municipality - Amporfo-Twumasi 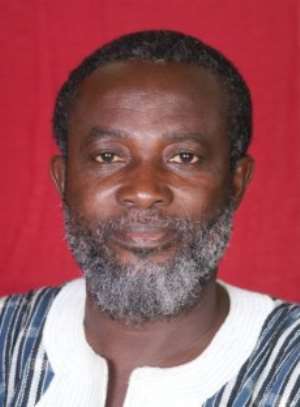 He as a result of the new development, it was important that Assembly Members avoid playing politics with their activities but rather to work assiduously as a team and initiate development programmes to merit the area's new status.

Mr Amporfo-Twumasi said this when speaking at the third ordinary meeting of the Assembly at Nkoranza at which the Assembly approved its composite budget for the next year.

He said the establishment of a municipality demanded that people work hard to increase revenue mobilization so the Assembly's share of the Common Fund would also be increased.

He called on the Assembly Members to educate their communities on the payment of taxes to enable the Assembly to initiate more development programmes to help improve their living standards.

Mr Emmanuel Kwadwo Agyekum, Nkoranza South Municipal Chief Executive, urged the Assembly Members to educate the people to be very cautious about the way they handled fire during the dry season to prevent the outbreak of bushfires.

He appealed to religious leaders to use the pulpit to remind the people about the causes and effects of bushfires and commended fire volunteers in the area for their selfless and dedicated services.

In a related development, the chiefs and people of Yefri in Nkoranza North District have commended the MP for the constituency, Major Derek Oduro (rtd) for contributing immensely towards the development of their community.

Okoforobour Osei Bonsu, Chief of Yefri, made the commendation on behalf of the people at a durbar at the weekend to assess their activities within the year and to initiate plans for the years ahead.

He said without the support of the MP, the people would not have been able to initiate some development projects in the community.

He recalled that Major Oduro provided the community with 10 packets of roofing sheets and 100 bags of cement in support of some on-going development projects in the area.

The MP also assisted to complete the Methodist Primary School block at Yefri.

Okoforobour Bonsu said the MP helped in the construction and mechanization of a bore-hole in the community and congratulated him for his concern for the development of the area.

Mr Isaac Baffoe-Newton, Assembly Member for the area, also paid tribute to the MP for his generosity in paying for the premium of some aged people at Yefri under the National Health Insurance Scheme (NHIS).

He said Major Oduro had also been very helpful in educating the youth in the area and praised members of the “Yefri Nkosuao Kuo”, a youth developmental group, for assisting the community in their development programmes.

Major Oduro said anything he had done was part of his responsibilities as an MP to help improve the lot of people in the area and promised not to relent in his support to the communities.

He advised the people to bury their political differences and forge ahead in unity so they could jointly coordinate ideas and undertake development programmes to bring improvement into their lifestyles.