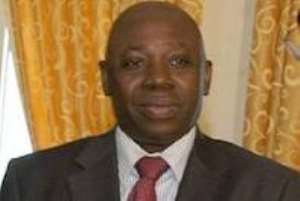 Accra, Dec. 6, GNA – Alhaji Mohammed Mumuni, Minister of Foreign Affairs and Regional Integration has said the Ministry would continue to pursue a dynamic and people-centred foreign policy in which ordinary citizens would see the benefits of Ghana's relations with the rest of the world.

He said the Foreign Affairs Ministry had succeeded in sustaining a bond of trust and goodwill in the international community which had created favourable perceptions about Ghana and influenced her ability to promote the national interest abroad.

Alhaji Mumuni said this on Tuesday when the Ministry took its turn in the Meet-the-Press series, a platform where Sector Ministries catalogue their events and activities as the year 2011 draws to a close.

The Foreign Affairs Minister said cordial bilateral relations between Ghana and her neighbours were greatly enhanced through the periodic exchange and visits between government officials including President John Evans Atta-Mills and his counterparts in the Sub-Region.

Narrowing on Ghana's relationship with Cote d' Ivoire, Alhaji Mumuni said: “It would be recalled that Ivorian President Allasane Ouattara paid a day's visit to Ghana during which the two leaders discussed a range of issues.”

Responding to questions about Ghana –Cote d' Ivoire border with respect to ownership of the oil fields, the Sector Minister stressed that there was no problem between the two countries adding that Ghana was in the process of negotiating her maritime borders not only with Cote d' Ivoire but other neighbouring countries like Togo, Benin and Nigeria.

Alhaji Mumuni said the Ministry also undertook a number of activities that are aimed at minimising the negative impact and optimising the potential benefits of migration on Ghana's development.

He said Ghanaians abroad were provided consular assistance in matters such as application for travel documents, arrests and detention, deaths, marriages, renunciation of citizenship and applications for dual citizenship.

Commenting on the biometric passport, Alhaji Mumuni said since the early part of 2011, passport issuing procedures had been streamlined and additional equipment installed in an effort to alleviate difficulties experienced by applicants.

“Selected Ghana Missions abroad have been provided with the standard list of equipment required for them to process biometric passport for procurement and subsequent installations to enable them commence issuance of biometric passport to Ghanaians resident abroad.”

Alhaji Mumuni announced that in recognition of the growing importance of Dubai as a world market and airline hub, a Consulate –General has been established in that city to handle Ghana's interests and to provide consular assistance to numerous Ghanaian traders and travellers.

He said work on the Ministry's new office complex had begun in earnest at the premises of the former International Students Hostel and was expected to be completed approximately within 18 months.

The Sector Minister said as part of efforts to maintain partnership with the media to help keep the public informed about the Ministry's activities, they would soon inaugurate a press corps for the Ministry.