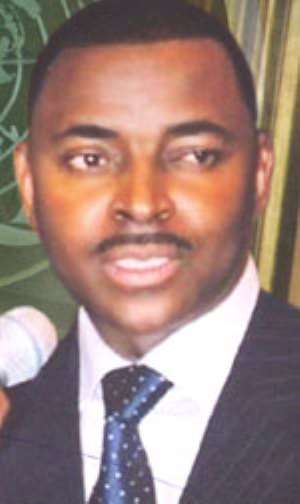 In a statement to the Ghana News Agency in Accra, the CPP said Nii Akomfrah had served in various capacities for the party in Ghana and the United Kingdom; Assistant Editor, PCP London Newsletter; and Editor CPP London Newsletter.

He contributed in transforming the UK Regional Branch fortunes of the Party and is committed to a radical new agenda for the CPP and Ghana.

In an interview with Ghana News Agency, Nii Armah Akomfrah said the Party's inability to form a government over the years was not only a function of non-performance of the party's faithful, but also external forces bent on disorganizing its structures.

He appealed to party activists to join the leadership in efforts to revamp the party and restore its original image and values against those of the detractors, stressing that the founding fathers fought to give the people political freedom, but economic freedom remained elusive in the face of the current international order.