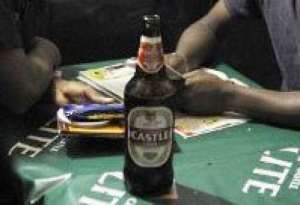 Earnings after taxation leapt to £1.382 billion ($2.17 billion, 1.61 billion euros) in the six months to September, compared with £1.122 billion on the same part of the previous financial year, SABMiller said in a results statement.

SABMiller, the maker of Grolsch, Miller Lite, Peroni Nastro Azzuro and Pilsner Urquell, said it had performed well in a "mixed" trading environment.

"The group delivered a good financial performance in trading conditions which remained mixed across our markets," said the brewer in the earnings release.

"Latin America, Africa and Asia delivered good volume growth reflecting the strength of our brands and sales execution against a backdrop of increasing consumer expenditure."

SABMiller had agreed in September to buy Foster's for Aus$9.9 billion (US$10.16 billion) and expects the deal to be completed before the end of the year.