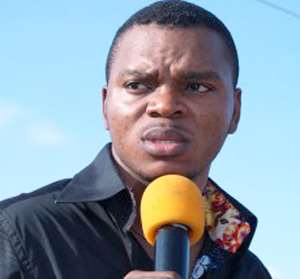 Accra, Aug. 30, GNA - Bishop Daniel Obinim, founder of God's Way Church, and two of his associate pastors who were accused of vandalizing Hot FM, an Accra-based radio station, are now facing seven charges instead of three.

Obinim, 33, and the pastors, Kingsley Baah, 25, and Kofi Akwetey, 35, have now been charged with conspiracy, unlawful entry, causing damage and harm, two counts of assault and use of offensive weapon.

This was after the prosecution had withdrawn the old charge sheet, which had conspiracy, causing damage and harm, and substituted it with a new one.

The accused persons have pleaded not guilty before the Accra Circuit Court presided over by Mr Eric Kyei Baffour. The court has admitted them to their former bail of is GH¢ 50,000 with two sureties to reappear on September 26.

The prosecution, Assistant Superintendent of Police (ASP) Reindolf Agyemang, indicated that because the accused persons had now been charged with the use of offensive weapon, which constituted a second degree felony, the Police would refer the docket to the Attorney-General's Department for advice.

However, Mr Kwame Afriyie, one of the lead counsels, said the prosecution's reference to the AG's Department indicated that the Police did not have jurisdiction over the matter.

Mr Afriyie described the prosecution's reference to the AG's Department as misplaced and therefore prayed the court to admit the accused persons to their former bail since charges levelled against them did not fall under those offences that bail could not be granted.

According to him apart from Obinim who proceeded to the studio to defend himself the rest of the accused persons were in a waiting vehicle and were not at the scene.

He said the accused were willing to present themselves before the court anytime they were asked to do so.

Reading the facts, ASP Agyemang said on August 8, this year, at about 9:40 pm, there was a programme on Hot FM in Accra dubbed “Nya Asem Hwe,” which was being hosted by the complainant, Mr Paul Ntim Katakyie, a broadcast journalist.

Issues that were being discussed included an alleged sex scandal involving Obinim. Additionally, a tape recording on Obinim's activities was played.

On listening to the discussions on the programme, the accused persons rushed to the premises of the radio station with a crow bar and sticks and started vandalizing the glass doors and radio equipment, all valued at GH¢130,850.

The accused person, the prosecutor said, attacked the host and other panel members thereby inflicting injuries on them.

ASP Agyemang said Shardrack Adu, a witness in the case escaped and informed the Police at Adabraka.