Mills is capable of winning 2012 elections without Rawlings - Nii Lantey 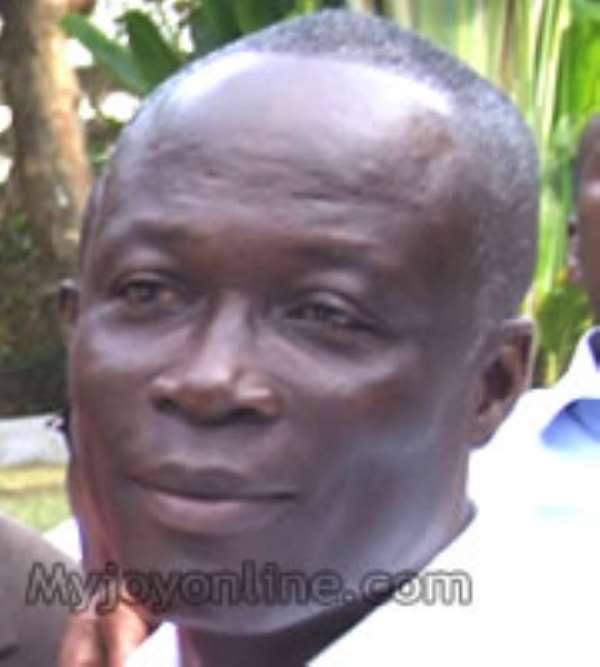 
Nii Lantey Vanderpuye, a special aide to President Mills on political operations at the Castle, has called the bluff of ex-President Jerry John Rawlings, founder of the National Democratic Congress (NDC), stressing that the ruling party is capable of winning the 2012 polls without the effort of the founder.

Nii Lantey, who has his eye on the Odododiodioo parliamentary seat, said the founder had the right to decide not to campaign for the party but that would not prevent the NDC from winning the 2012 elections.

The ex-President had said at the formal launch of his wife, Nana Konadu Agyeman-Rawlings's campaign bid for the NDC presidential slot that he could not campaign for the party in 2012, should President Mills be retained as the party's standard bearer.

That, he said, was because President Mills had performed so abysmally in office that he would not know the kind of message he would put across to the electorate on the campaign trail and that Mills was a bad driver who should be changed.

However, Nii Lantey said that it was not true that the party was able to win the 2008 elections because of the campaign Rawlings undertook.

Mills's special aide emphasized that it was not former President Rawlings alone who helped the NDC to win the elections and that the effort of every member in the party contributed to the victory.

Speaking in an interview with Angel Fm, a Kumasi-based radio station, the former sports commentator said Rawlings could not claim to have worked harder than others in the party for the success chalked in the 2008 polls.

According to him, the former President joined the campaign trail late in September when people in the party had already begun the campaign and were doing marvelously well.

Nii Lantey noted that ex-President Rawlings did not join the campaign early because he did not, from the onset, support the candidature of then candidate Mills.

He indicated that the NDC founder did all he could to quash the candidature of Mills but some people in the party resisted him.

The special aide pointed out that Rawlings supported Ekwow Spio Garbrah and did everything possible to ensure that he was made the candidate but failed woefully.

He claimed Rawlings used the outcome of some so-called research which indicated that then candidate Mills was not the right choice to lead the party in the 2008.

“But when we kept faith in him and presented him to the people of Ghana, they gave us the mandate to rule the country for the first four years to pursue our better Ghana agenda.”

Nii Lantey noted that he had treated the support ex-President Rawlings had given Prof. Mills with a pinch of salt because that support could not do any magic in the primaries.

That, according to him, was because in the 2006 primaries when he campaigned against then candidate Mills and rooted for Spio-Garbrah, Mills still managed to garner an overwhelming 81 percent.

He was confident that President Mills would, this time around, poll more than 95 percent in the primary which would be held in Sunyani, the Brong Ahafo regional capital, from July 8 to 10.

Nii Lantey took a swipe at ex-President Rawlings over his persistent allegation that aides of President Mills were bribing delegates, ahead of the exercise, as a means of brightening their chances.

He said if the former president believed that the Mills camp was bribing delegates, then it was because he (Rawlings) used to bribe delegates any time his close associates stood for elections.

Again, the special aide noted that if it was in the thinking of the ex-president that their opponents were sharing money, then it was because he taught them that bad behaviour.

The Transport Minister, Alhaji Collins Dauda, in another development, has ruled out a Konadu presidency in the country.

Take NPP’s money but don’t vote for them – Naana Jane to Asi...
2 minutes ago