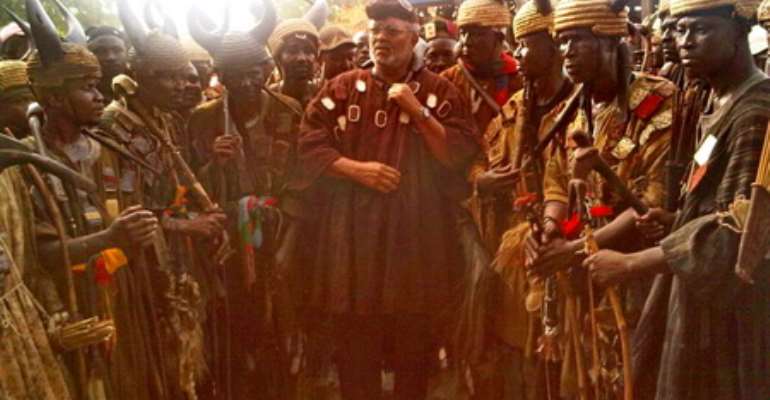 The late Sandem Nab who died in 2006 at the age of 106 was one of the key figures in pre- and post- independence development of the Northern regions and was key to the Northern territories joining the rest of the Gold Coast.

The former President participated in the Kumu gu ka dai, which is a day set aside for traditional drumming, dancing and music.

Clad in full war regalia President Rawlings joined the traditional warriors to drum and dance in veneration to the late King.

The final funeral rites commenced on April 13 and concluded on April 30. 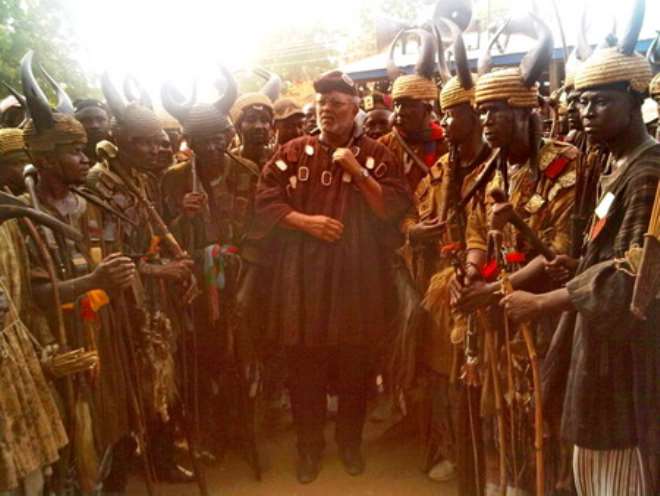 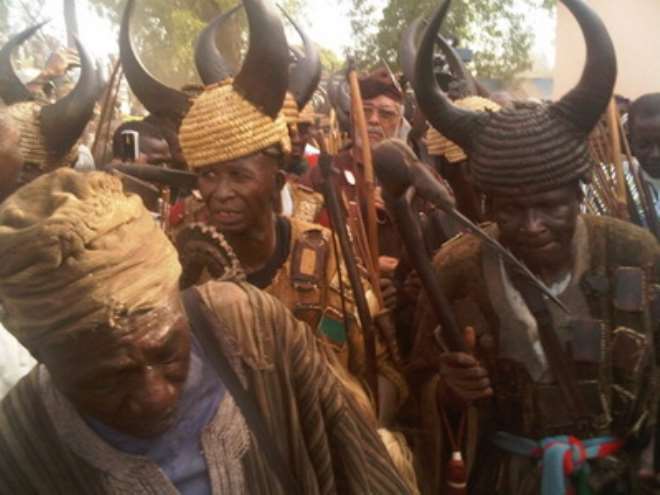