Rising Resentment against Corruption in India 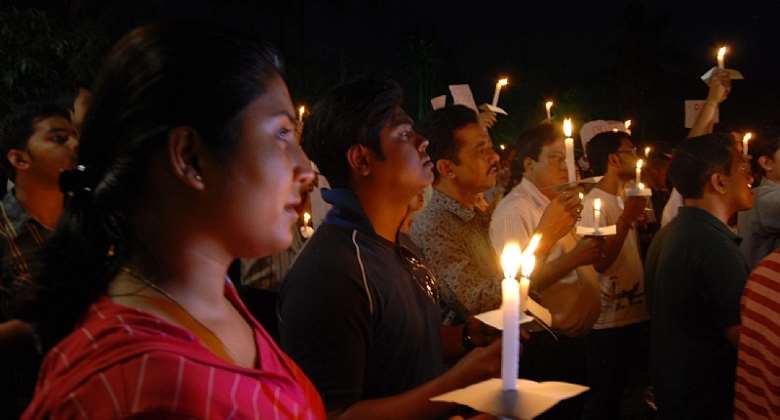 Suddenly India wakes against corruption. The people of the largest democracy in the globe came to the streets, organizes rallies and took pledge to fight against corruption. Living in a corrupt political system for decades, the conscious citizens start demanding more participation in the governance.

In fact, soon after the civil society activist Kisan Bapat Baburao Hazare (Anna Hazare), 72, sat on fasting in the national capital for a stringent law to deal with the social disease, it ignited the media and the civil societies of India. Hence more and more individual and activist groups around the country joined the movement extending their whole hearted support for the cause.

Hazare's mission (India Against Corruption) began on April 5 urging the Union government to take necessary arrangement to introduce Jan Lokpal bill. The fast-unto-death by the Gandhian (follower of Mahatma

Numerous organizations including National Alliance of People's Movement, led by Medha Patkar, have extended support to Hazare and it has organised rallies, morchas, solidarity fasts, public meetings and other such programmes in Mumbai, Hyderabad, Bangalore, Lucknow, Unao, Itawah, Muzaffarnagar, Delhi, Guwahati and many other places across the country.

NAPM also welcome the larger upsurge in the country and coming out of the millions of people cutting across caste, religion, class and professional boundaries on the street in support of the demand for rooting out the corruption.

“The agitation has given a hope for wider political awakening in the country and hopefully the struggles against the corporate corruption, massive loot of natural resources and larger institutional corruption will gain strength from this,” stated in a release of NAPM.

“Anna Hazare's sitting on indefinite fast in Delhi has galvanized the middle class of India, which is most vocal against corruption but also the one responsible for most corruption in this country. Corruption is a very contentious issue. Our morals tell us to oppose it but for convenience we often make a compromise, always giving ourselves the benefit of doubt,” said Sandeep Pandey, an acclaimed social activist of the country.

Many activists have mentioned the initiative as second Freedom (from

corruption) Struggle by the conscious people of India. Supporting the cause, thousands joined in a candle lit procession in Guwahati on April 8. The citizens of Assam joined the programme, where patriotic songs were played and Tri-colour were waved by the participants.

In two separate letters to the Prime Minister Dr Manmohan Singh and the Congress party chief Sonia Gandhi, the septuagenarian activist appealed for brave actions against corruption. Both, with many other high profile leaders from various political parties, appealed Hazare to withdraw his fasting.

Captions: Candle lit procession in Guwahati of Northeast India against corruption on the evening of April 8. Pix by S Lal Singh