Attafuah kicks against separation of A-G 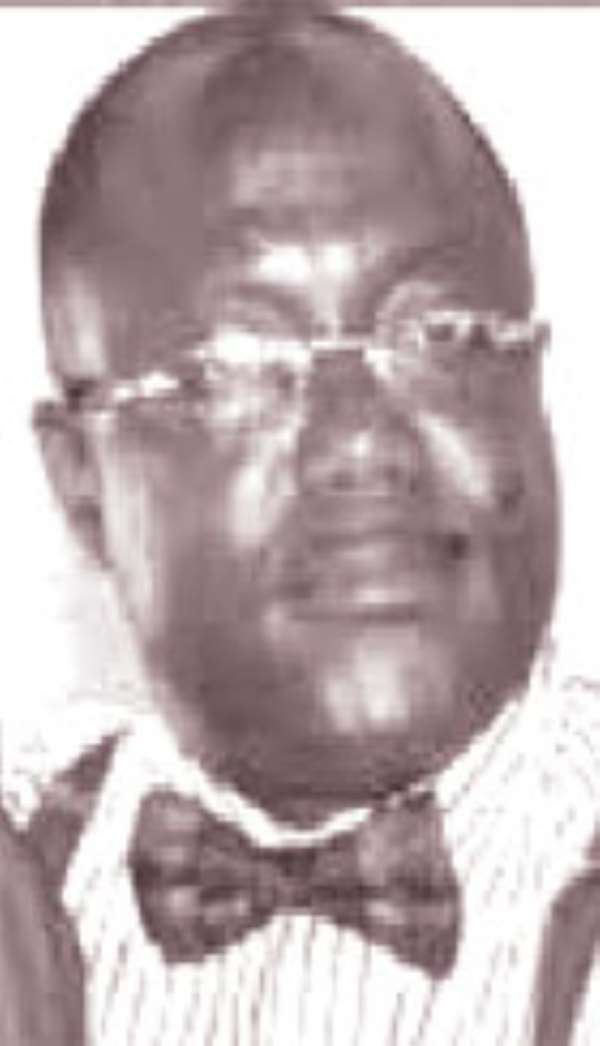 THE EXECUTIVE Director of the Justice and Human Rights Institute (JHRI), Prof. Ken Agyemang Attafuah has suggested that the country needs a strong Prosecutor, who can fearlessly oppose directives from a sitting President and to prosecute political opponents, even if available evidence does not favour the government.

'What Ghana needs is a strong prosecutor who can look the President in the eye, if it ever came to that, and say 'Sorry, Mr. or Madam President, I cannot do that because the evidence does not support the prosecution of Mr. Y or Madam X,' he said.

On the other hand, Prof. Attafuah noted that Ghana needs an executive President who is committed to justice without fear or favour, and would allow the Attorney-General the free hand to work without any political interference.

Prof. Attafuah was presenting a paper on the topic: 'Decoupling of the Office of the Attorney-General and that of the Minister of Justice,' as part of the Institute of Economic Affair's (IEA) Constitutional Review project in Accra last Wednesday.

Touching on the topic for discussion, the Human Rights Lawyer said the proposed constitutional amendment to decouple the office of the A-G and that of the Minister of Justice 'is wholly unnecessary, it is an unnecessary but costly excursion into tinkering with the fundamental law of the land, devoid of a reasonable assurance that it will achieve what is desired.'

Although, he outlined independence, anti-corruption drive, rule of law and transparency as essential reasons to decouple the two offices, Prof. Attafuah could not come to terms with going through such an elaborate and burdensome amendment procedure to separate the multiple functions, which had been fused in one office by administrative procedure rather than a constitutional command.

'In my view, no useful purpose will be achieved by that exercise, and ought not to be pursued, given the availability of less costly alternatives to achieving the same ends.'

Agitating that the move should not be considered, Prof. Attafuah further advocated that a comprehensive scheme for improving justice delivery in the country should be devised and implemented.

In addition, he indicated that the Attorney-General (A-G), as a political appointee and head of the institution, should provide professional development opportunities for prosecutors.

'We must strengthen the office of the Director of Public Prosecutions with personnel and resources to make it an effective centre for the better training of attorneys and lay prosecutors. We must arrest the flight of lawyers from the prosecutions section of the Attorney-General's Department by training them better, remunerating and motivating them better, and resourcing them well,'  he emphasized.

According to Prof. Attafuah 'unless we do these, establishing an Independent Public Prosecution Service would amount to creating a mirage of independence and expecting improvements in prosecutorial service delivery as a result that will not work.'

Meanwhile, other contributors concurred with Prof. Attafuah, noting that there was no need for anybody to attempt decoupling the A-G's Department from that of the Minister of Justice.

They also called for an end to political interferences in those offices while giving them room to prosecute freely.