Currency wars: can Africa stand to be counted? 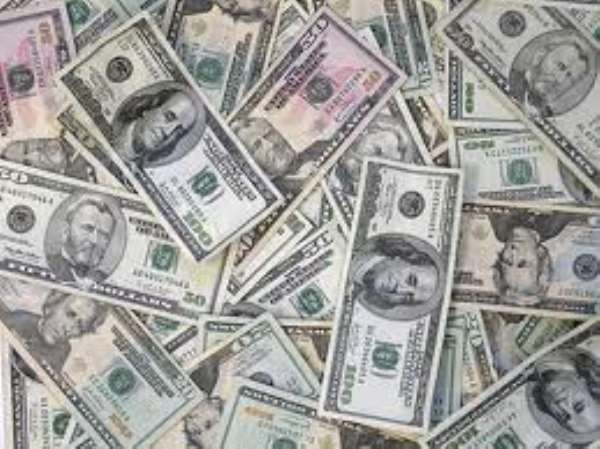 The conventional economic wisdom used to be that if a nation's currency is strong, then its economy would be strong.

But the principle has just been turned upside down, to read something like: strong currency bad, weak currency good.

Of course, what a country does with a weak currency is what makes all the difference.

As countries struggle to recover from the global financial crisis, which started two years ago, China is one country that has gone ahead full steam, riding on the advantage of having a relatively weak currency to ensure its products remain affordable all over the world.

Significantly, Africa as a whole was not seriously affected by the global financial crisis of 2008.

It wasn't because the continent has anything close to a strong economy.

Many people in Africa said light-heartedly that Africa was not affected very much, because it has always lived with financial and economic crisis.

The more plausible reason of course is that African economies do not operate based on astronomical mortgage and credit cards debts – the kind of economic model that caused the global financial crisis.

So China, the emerging global power, is leading the pack of a few nations who are effectively putting the financial crisis behind them – and it is doing it by manufacturing and exporting products without number.

Indeed, what in the world today isn't made in China?

However, China has come in for sharp criticism for deliberately weakening the value of its currency, to ensure that even poor people in Africa could buy things made in China.

But here is the catch: the currency of most African countries have always been weaker than the dollar and other major world currencies. Africa, nevertheless, made no concerted effort to increase quality export in high volume to the rest of the world.

The continent has always been exporting mainly natural resources and minerals which it has in abundance.

It is as if African leaders don't understand the advantage in adding value to raw materials before selling – for example, processing cocoa into chocolate, or turning gold and diamond into much sought after jewellery.

The worn out economic model of cutting trees and exporting the logs for a pittance hasn't worked – and the world has certainly not been waiting for Africa to learn its lessons.

Rather, the leading economies of the world have moved on, to the point of flooding African markets with cheap products they cannot afford to resist – because they are made affordable.

As a result, Africans will increasingly become mere consumers, their little coins filling the pockets of others.

And as long this continues, African industries would never develop the capacity to compete.

In this, the failure of leadership, visionary leadership, across the Africa, is palpable.

Even the United States, the world's number one economy recognises the shift to maintaining a weak currency as a threat to its economic growth.

No wonder, it is also being accused of playing the same game on the quite.

Whether Africa realises it or not, it could once again become a victim as advanced industrialised nations race to take control once more.

So even in today's currency war, Africa stands to lose, even though the value of most of its currency falls far below the Dollar, be it Australian, American or Canadian.

Africa never took advantage of its weak currencies in the past by manufacturing goods and finding markets around the world.

And now it is getting too late…
It is almost certain that much of Africa is out of the competition again, even when the benchmark is simply making sure to maintain a weak currency and boost export.

The result is that the continent would not yet stand on its feet. Its leaders may just continue begging the rest of the world for assistance.