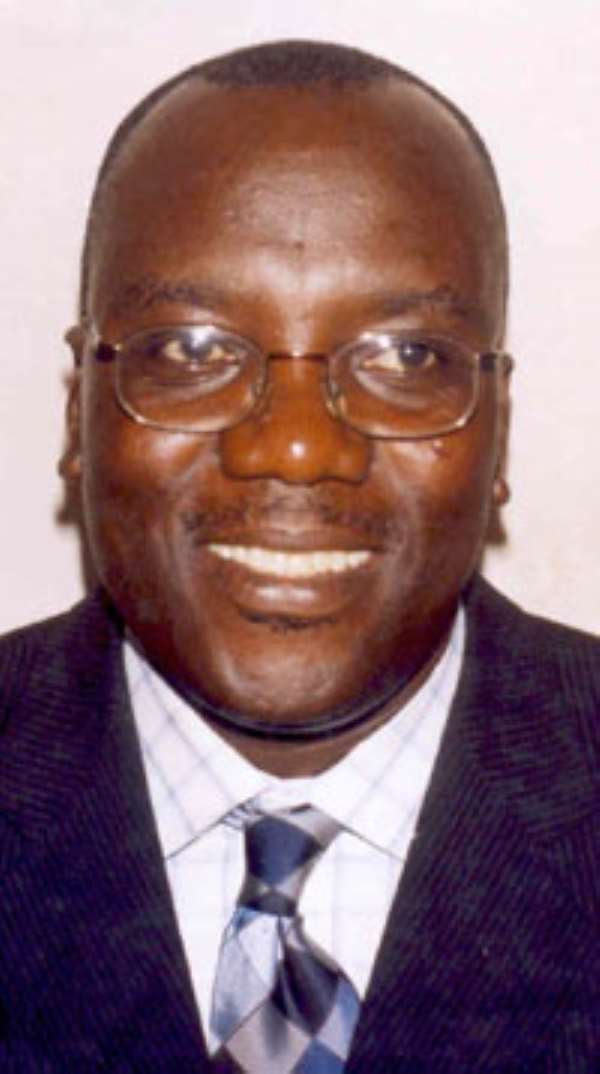 The leadership of the New Patriotic Party (NPP) has issued a string of decrees aimed at ensuring a level playing field and to bring some amount of sanity into the campaign process for candidates vying to become the flag bearer of the party. With immediate effect, all party officials including Members of Parliament, Constituency and Regional Chairpersons and other Executives of the party have been barred from openly declaring their support or campaigning for any of the contesting candidates.

Additionally, the party has given a month's ultimatum, effective from yesterday, to all party officials at all levels, including national and regional executives willing to contest for position of the flag bearer for the party in the 2012 general election to resign from their current position.

The General Secretary of the Party, Kwadwo Owusu Afriyie, popularly known as Sir John, who spoke to The Chronicle in an interview said - “Any officer, be it a constituency chairman, a polling station chairman, or any executive who has any interest to contest as a presidential aspirant or as an MP in the 2012 elections must resign his position, and we are giving them one month to resign from their current position”. “Every game has a rule and we have adopted this measure for the conduct of this election. After the congress, this game plan would be changed for another,” the party scribe said.

He told The Chronicle that the directive was part of a programme or a routine adopted for the conduct of the upcoming congress and also to set a level playing ground for all candidates vying for the position of flag bearer. He, however, warned that that the party will not hesitate to expel any official who goes contrary to the directives.

But Hon, Maxwell Kofi Jumah, MP for Asukwa, Hon. Dominic Ntiwul, Member of Parliament for Bimbila in the Northern Region and Hon. Isaac Asiamah, MP for Mponua Nkwabiagyah in the Ashanti region have openly criticized the decision and condemned the mode of communication.

According to Isaac Asiamah, he as a member of the National Executive Committee by virtue of his position as ranking member in parliament, such a decision was never discussed at the meeting, and until the National Council, which he opined as the highest decision making body of the party deliberate on the directive, the decision was null and void.

He contended that it was wrong for the party's general secretary to issue a directive without consulting all the members involved, adding that if such a decision was taken to prohibit all MPs from declaring support for a presidential candidate, the minority leader of the party in Parliament would be in the position to inform all of them accordingly. To him, as far as he was concerned, nothing of that sort happened.

Hon. Isaac Asiamah, who recently declared his support for Nana Akufo-Addo, the 2008 Presidential candidate of the NPP said was prepared to engage the General Secretary in any verbal exchanges to advance his argument.

Hon. Maxwell Kofi Jumah, who is currently on a campaign tour with Mr. Alan Kyeremanten in the Ashanti Region, contended that his party's chief scribe was just giving his won interpretation to portions of the party's constitution to support his claims. According to him, he would revisit the constitution to cross check the decisions spelt out by the General Secretary.

The acid tongue MP said his decision to back Alan Cash was similar to the second deputy speaker of Parliament, Hon. Prof. Mike Aaron Oquaye, who openly declared his support for Nana Addo, including a host of others who have declared support for other candidates.

According to him, he was unaware of any directive of that sort and expressed shock over the decision.

Hon. Dominic Nitiwul, the Bimbilla MP, shared similar sentiments just like his colleagues, and argued that the latest decision of the leadership of the party is likely to spark more troubles, and called for best methods in outlining the guidelines.

However, a pollster and the managing editor of Daily Dispatch, Mr. Ben Ephson, was of the view that the decision by the NPP was prone to confusion and that the earlier the party withdraws the decision and rethink of it he better.

According to him, should the decision stands like it, the party would be divided.

Gabby Otchere Darko, an aide to Nana Addo Dankwa Akufo-Addo, a leading contender in the flagbearership race thinks the directive has the tendency to stifle freedom of expression in the party. Gabby finds nothing wrong with Members of parliament and other party officials openly declaring their support for a particular candidate, if they believe that candidate could win power for the party.

When this paper contacted Mr. Yaw Buaben Asamoah, spokes person of Mr. Alan Kyerematen, who is also a leading contender for the flag bearer position, he said he was not aware of the said directive, and that if any such directive has been given by the party leadership, then the onus lies on the party executives to enforce their own decision. “It is the party leadership that sets the ground rules and it is up to them to enforce them”, he said.

He was also of the opinion that before such directives, which he termed as adhoc, can be effective, there should have been an inter-candidate advisory committee to share views.

Speaking to these concerns, the General Secretary noted that as at now, he recognizes only two candidates who have picked forms and paid their filling fees, and therefore could not agree with the argument of involving an intra-presidential aspirants to come out with guidelines for the flag bearer race.

“When they pick their nomination forms and pay GH¢ 25,000 then we can sit and discuss these matters with them,“ he noted. The General Secretary of the party has also threatened to disqualify any of the flag bearer aspirants, if they engage in any form of smear campaign in the lead-up to the party's congress.

As the race for the flagbearership of the party heats up, there have been various unconventional methods being used by the contesting candidates to outwit the other and in some cases to make others unpopular.

The recent incident of using text messaging to smear presidential aspirants, resulting in media wars especially between the Alan and Nana Addo camps, which have been heavily criticized by the leadership of the party.

Nana Addo just recently had cause to sternly deny accusations making the rounds that people from his camp had submitted incriminating documents to the office of the Attorney General that may lead to the prosecution of Alan Kyerematen.